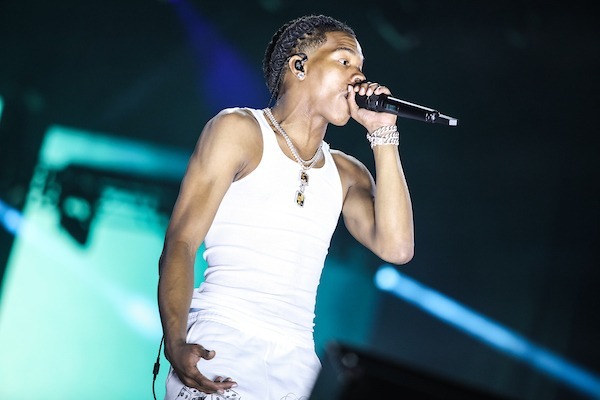 Lil Baby is just one of the many rappers to deal with overzealous fans recently.  During his Thursday show in Switzerland, a fan jumped on stage and approached Baby with outstretched arms. The “Drip Too Hard” rapper was seemingly unfazed by the commotion and stepped out the way.

The eager fan however was quickly shoved off stage as the rapper’s security guard sprinted towards him and thrust him away. The fan was sent flying off stage into the barricade below.

There is no word if the fan was okay, but Lil Baby went to check on his status. The video below shows the 27-year-old rapper approaching the crowd and seemingly telling them to stop booing the fan.