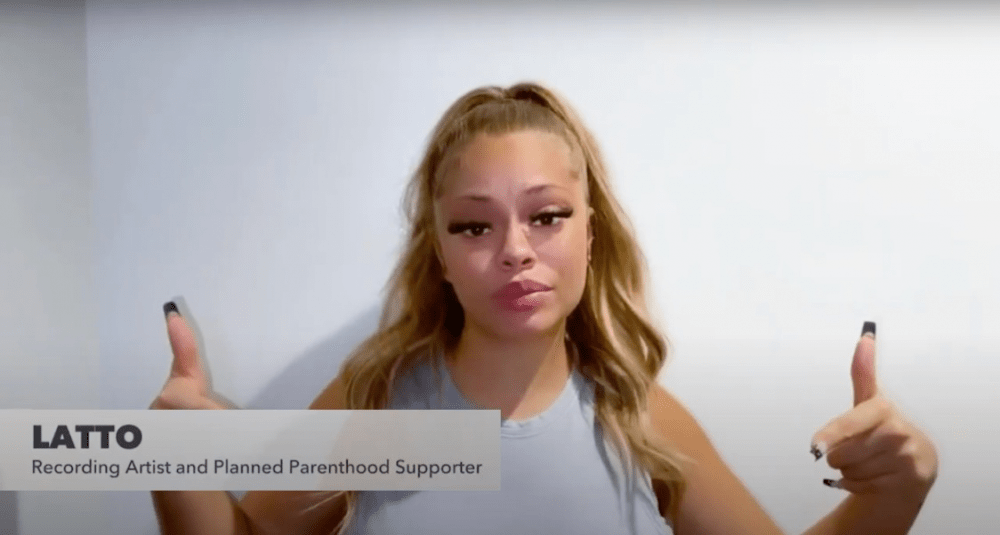 Latto and Planned Parenthood recently collaborated on a PSA video in which Latto used her platform to encourage her followers to support the cause of abortion access and rights. The video was created ahead of her nomination for the MTV Video Music award, nominating her song “P*SSY” as Video for Good. The award celebrates artists who use their art for social justice.

The Supreme Court’s Roe v. Wade decision, which removed the fundamental right to an abortion, was overturned two months ago last Thursday. The court’s ruling has caused a national public health emergency. One in three American women and more trans and nonbinary persons who are capable of getting pregnant already lack access to the freedom to manage their own bodies since abortion is illegal in nearly a third of the states in the United States.

The song “P*SSY” by Latto is a bold statement on who has the right to control our bodies and our decisions in response to the Roe v. Wade decision being overturned. In addition to leveraging her position to raise awareness of this situation, Latto is also giving Planned Parenthood a share of the sales revenue from the song’s release. On this significant release, Latto selected strong women to work with her, including Katie McIntyre, who designed the cover art, and co-director Sara Lacombe.

Georgia’s Clayton County, where Latto is from, just passed a law outlawing abortions beyond six weeks (H.B. 481). Just two weeks after a person’s first missed period—before many people even know they are pregnant—the law gives the state the power to make receiving basic healthcare illegal.

“We already know who’s going to be hurt the most by these ridiculous abortion bans: Black women, Brown women, the LGBTQ+ community, and communities with low incomes. Because of this country’s history of racism and discrimination, these folks already have a hard time getting the health care they need. We all deserve to be safe and it’s every person’s right to make decisions about their own bodies. As an artist, I want to use my platform to let these politicians know: My body is for no one to control, but me.”

“We’ve been privileged to have the support of many wonderful musical artists who are speaking out about the attacks on abortion. When a prominent artist like Latto uses their platform to amplify the need for reproductive rights for all, it’s a very powerful moment. Latto’s voice will do so much to inspire others to use their voices, too, and we are thrilled that she is speaking her truth. In this time of widespread loss of abortion access, the time for us all to speak up is now.”

You can see the PSA below.