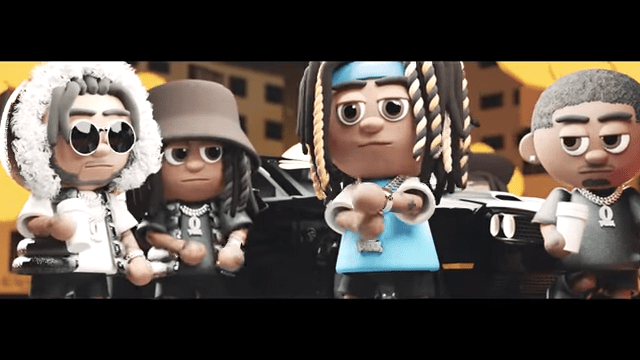 The video for King Von’s recently released track “Don’t Play That” ft. 21 Savage has been shared by his estate. “Don’t Play That,” the lead song from Von’s upcoming What It Means To Be King album, set for March 4, collected 1.4 million+ Apple Music streams, 1.2 million+ Spotify streams, and 1.1 million+ YouTube views in just 24 hours after its release.

King Von lives out a wild day of mobbing with his crew and linking up with his lady friend to ride through the city and to the studio before meeting up with 21 Savage and speeding away in a vehicle chase in the song’s animated video. Atop the buzzing Kid Hazel beat, the visual matches Von’s hyperactive delivery and 21 Savage’s sinister deadpan delivery. The video follows this past Friday’s announcement of Von’s upcoming posthumous album What It Means To Be King.