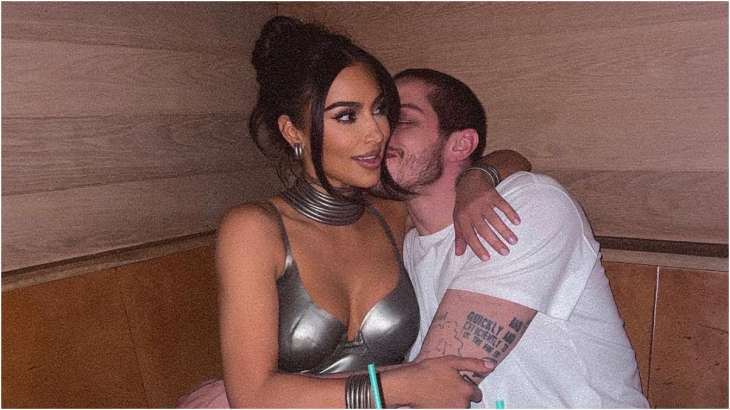 Kim Kardashian and Pete Davidson are no longer dating, but they had some wild moments during their time together. In a new clip from the Kardashian’s new show on Hulu, Kardashian tells her grandmother, Mary Jo “MJ” Shannon, along with Kris Jenner and Khloe Kardashian, about a night of sex with Davidson in front of a fireplace. The moment was done in honor of her grandmother.

Kim’s grandmother wanted clarification to the moment. “Not in the lobby?”

“Not in the lobby!” Kim responded. “But how creepy to think about your grandma before you have sex?”

In August of this year, a source tapped in with E! News and said the Kim and Pete decided to call it quits after nine months of a whirlwind romance.

The source cited that their schedules and distance “made it really difficult to maintain a relationship,” while adding the couple still has “a lot of love and respect for each other.”

That respect does not extend to Kanye West, Kardashian’s ex-husband, who has repeatedly hurled insults and more at Davidson.

Hitting Instagram, Kanye West shared a photoshopped edition of The New York Times in celebration of the break-up. The paper reads: “Skete Davidson Dead at Age 28”