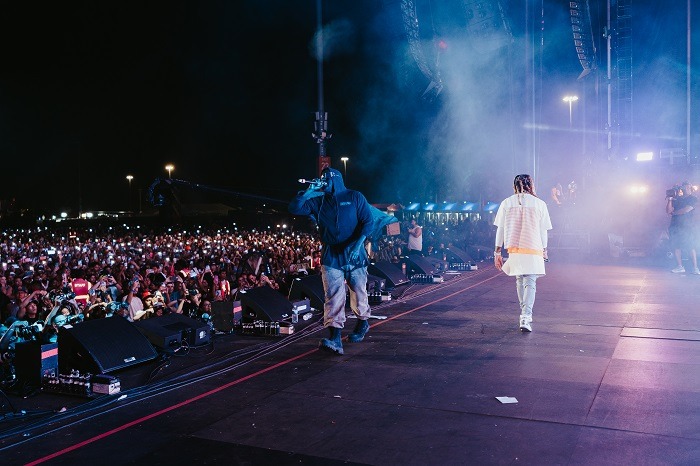 After telling festival planners and fans that he would not be in attendance at Rolling Loud Miami, Kanye West showed up anyway. Ye took the stage during Lil Durk’s set, performing “Father Stretch My Hands Pt. 1,” ironically a song that features Kid Cudi, his former friend and headlining replacement.

The Co-Founders of Rolling Loud, Tariq Cherif and Matt Zingler, released a statement earlier this week after YE pulled out of the event:

“We were looking forward to Ye headlining Rolling Loud Miami 2022. We spent months working with him and his team on the performance. Unfortunately, Ye has decided that he will no longer be performing. This is the first time a headliner has ever pulled off our show and though we don’t take it lightly, we wish him the best. We look forward to welcoming Kid Cudi as a headliner in Miami and we can’t wait to see what he has in store.”

Rolling Loud will have Future as the Saturday headliner and Kendrick Lamar as the closer on Sunday.