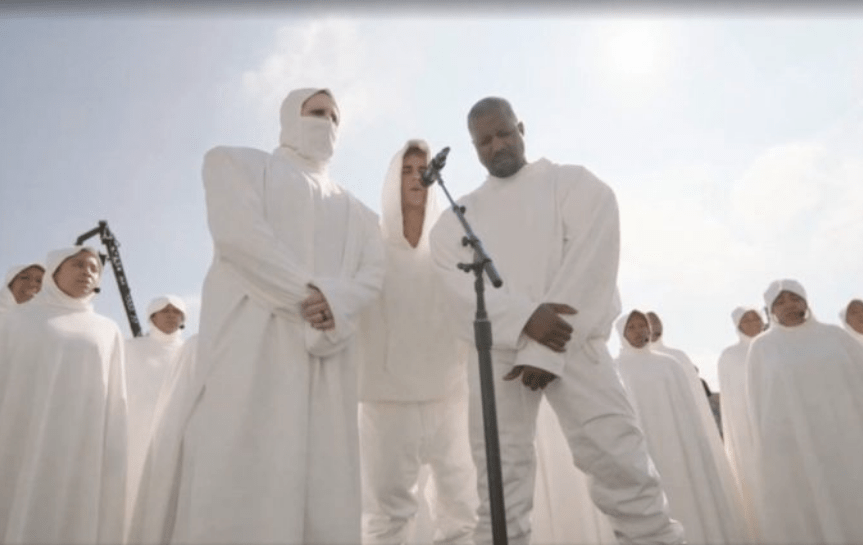 Yesterday, Kanye West showed and proved his continued support of troubled rocker Marilyn Manson as the Hip Hop/fashion mogul brought out Manson during Sunday Service and even let the rock n’ roll legend lead a prayer during the ceremony.

With everyone on stage wearing white, West and Manson stood with the choir and bowed towards each other before prayer.

Justin Beiber was also there to share the spiritual moment, getting on the mic to share his testimony at Sunday Service, but for only a moment before re-donning his white hood.