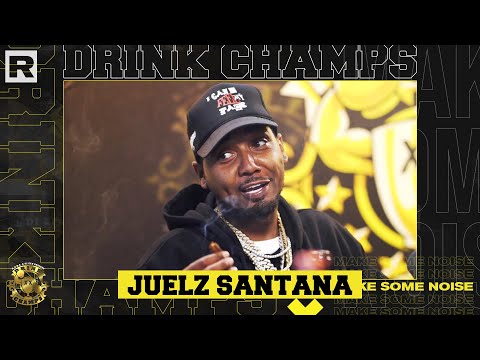 Juelz Santana was the latest rapper to hit Drink Champs. During his session with N.O.R.E. and D.J. E.F.N., Santana spoke about his career, arrest at the airport, and more, but also how he became a lean drinker.

When asked about his lean addiction, Santana said he was unable to stop at the time because of the withdrawal effects. “I was addicted to the point to where I was drinking it every day and if I stopped drinking it, yeah, I would’ve got sick ’cause that’s what happens with the opiates and shit. Withdrawals and stuff.”

Santana would state that his introduction to lean came from Paul Wall.

“[Paul Wall] kind of introduced me to it a little bit, just on some ‘Taste it,’ you know what I mean? I’m a grown-ass man, I do what I want,” Santana said. “He put me on and you know, me and Wayne being close and recording that album at the time didn’t help.”

Lil Wayne, Juelz’s I Can’t Feel My Face collaborator, is known for his lean use in the past. You can hear Juelz talk about his lean addiction below.