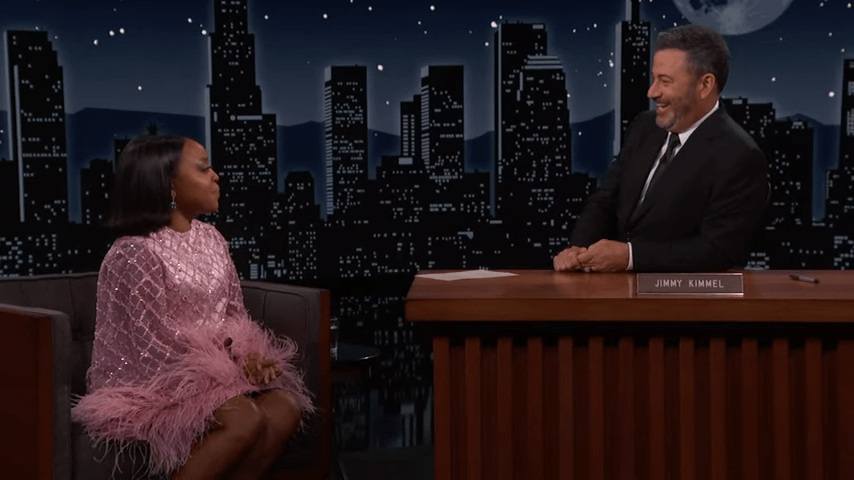 Late night host Jimmy Kimmel apologized to Abbott Elementary creator Quinta Brunson during his Wednesday night show for playing dead on stage at the 74th Primetime Emmy Awards on Sunday as she accepted her award.

Brunson won the Emmy for outstanding writing in a comedy series and Kimmel continued to carry out a bit on stage.

During Kimmel’s opening monologue on Wednesday, Brunson interrupted, holding her Emmy, cutting off his routine.

“You know, you’re a little bit early for your interview. It’s after the commercial,” Kimmel said.

“I know, but I have a little favor to ask, actually, Brunson said. “So you know how you win an Emmy, you only have 45 seconds to do an acceptance speech, which is not that much time? And then you get less time because someone does a dumb comedy bit that goes on a bit too long?”

She then used the rest of the monologue time to finish her acceptance speech, thanking fans, cast, and more. After the break, Kimmel spoke about the moment.

“I do want to explain this for those who may be confused by this,” said Kimmel. “That was a dumb comedy bit that we thought would be funny. I lost, and then I drank too much, and I had to be dragged out on the stage. And then people got upset. They said that I stole your moment, and maybe I did. I’m very sorry if I did do that — I’m sorry I did do that, actually. And also, the last thing I would ever want to do is upset you because I think so much of you, and I think you know that. I hope you know that.”

You can see the entire moment from Jimmy Kimmel Live below.