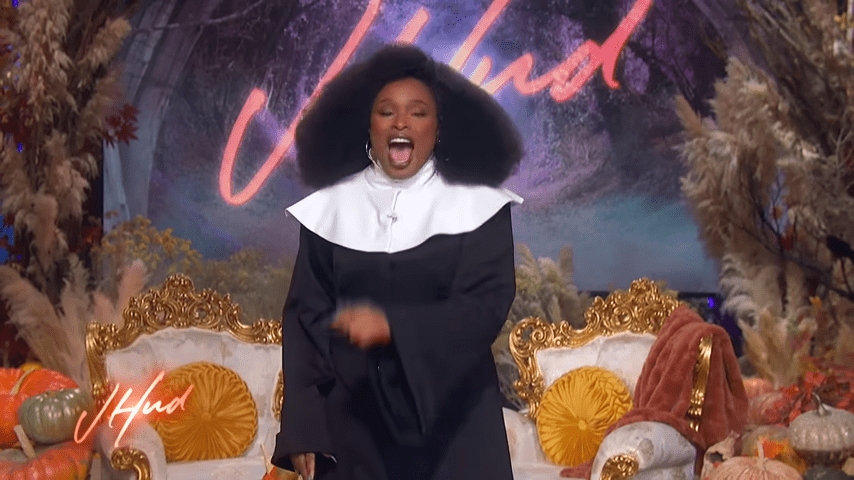 “Do you think I did okay, y’all?” Hudson asks the audience. “What do you think [Goldberg] will say?”

According to PEOPLE, Hudson stated Sister Act 2: Back in the Habit is her favorite movie of all time and led to her inspiration to become a singer.

“The movie just meant so much to me as a little girl,” she says. “When I saw that movie, it gave me so much inspiration. That’s the power of an icon like Whoopi Goldberg. It helped me create my dreams.”

During the episode, Hudson would also perform the Sister Act 2 finale song with a choir.