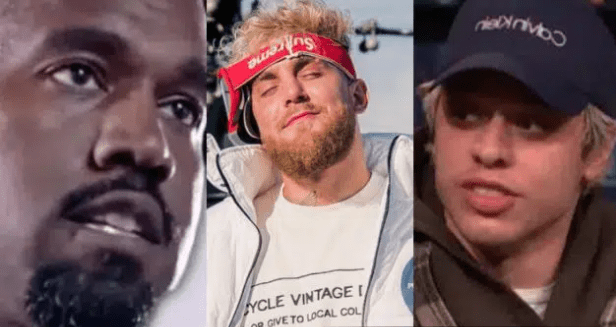 The ever evolving beef between Kim Kardashian’s former hubby Kanye West and her current beau Pete Davidson has everyone from Charlemagne Tha God to D.L. Hughley weighing in on the publicly controversial back and forth between the music/fashion mogul and his ex’s new comedian boyfriend. Now, boxing prospect/YouTube star Jake Paul has offered up $30 million to West and Davidson to square up on pay-per-view.

Even though it’s highly unlikely that West or Paul would step into the ring to fight, the offer by Paul is the bait that would seem to draw Ye out front for a response.