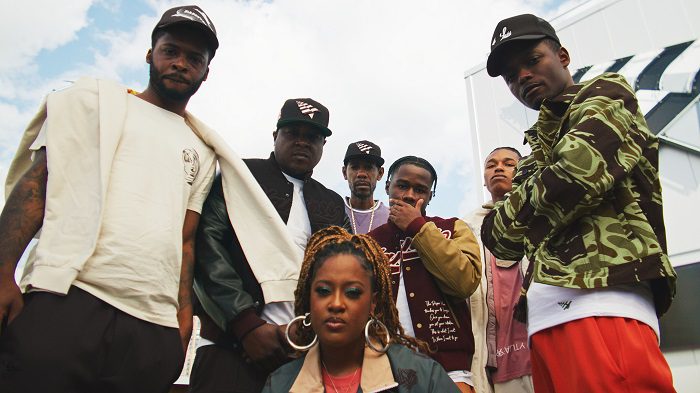 Roc Nation’s first “Set the Bar” cypher session made its premiere this past weekend. Exclusive freestyle verses from the label’s rising star roster, including HDBeenDope, Reuben Vincent, Huey V, KUR, and Rapsody, are included in the video.

Official presenter Jadakiss and renowned DJ Young Guru are included in the cypher, which was recorded on the balcony of the Roc Nation headquarters while overlooking the Manhattan cityscape.

The cypher session’s pairing of influential hip-hop figures with the newest artists poised to revolutionize the rap game represents a symbolic handoff of the baton from one musical generation to the next. Each freestyle is interspersed over a distinctive JAY-Z beat, bringing the next generation of top rappers in hip-hop full circle in terms of the heritage of the genre’s most influential figures.

You can see the cypher below.