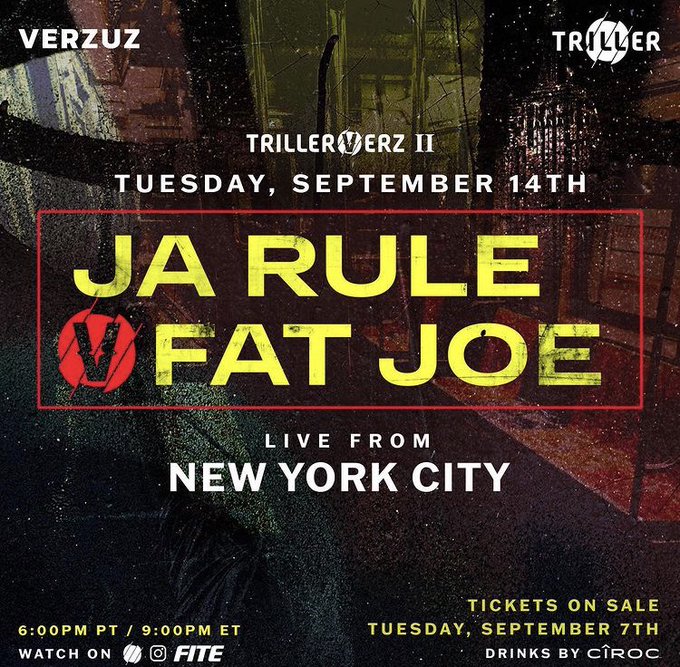 Ja Rule and Fat Joe will pull out their hits and take the VERZUZ stage tomorrow. Joey Crack has let Ja know that he intends to drag him, and now it’s time for Ja to hype the battle of Hip-Hop heavyweights.

Ja spoke with TMZ and acknowledged Fat Joe’s warning, and even tackled the rumor that 50 Cent would make an appearance.

“50 had his shot,” Ja Rule said. “I wanted him in the dog house first. He didn’t want to come to the dog house. So me and crack are going to represent for the city and do it right and put on a beautiful, beautiful show.”

50 did indeed have his shot but revealed he wants no part of VERZUZ.

Back in 2020, 50 Cent explored potential VERZUZ battles with T.I. and The Game before opting to do none of it. In January of this year, 50 spoke on V-103 in Atlanta and revealed the battle of the superstars isn’t for him.

“Verzuz was more interesting when we were completely stuck in the house,” 50 said. “It showed up when D-Nice was the only DJ left on the planet…But other than that, it’s trying to re-write history to me. It’s already happened.”

He added, “I think that’s for people that didn’t get enough while they were doing it. I got more than my share. It’s usually the guys that felt they were lyrical. They felt like theirs was special, and nobody recognized it.”

While at the July premiere of his new show Power Book III: Raising Kanan, 50 doubled back down on his no to the VERZUZ stage.

“A Verzuz battle? Probably not,” 50 said. “We back outside. That was something that happened during the pandemic when we was stuck in the house. Now that we back outside, there’s other things to do. We supposed to be creating new history, not being back there.”