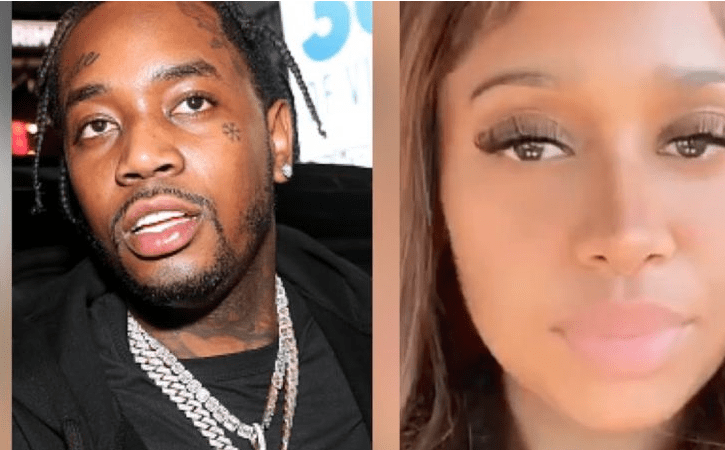 The Brooklyn Drill scene has been led by Fivio Foreign for the past year, but between contractual disagreements between him and Ma$e becoming public and his beefs with Brooklyn Drill rapper 22Gz and disgraced rapper Tekashi 6ix9ine, the las thing Fivio needs is beef with his baby mama.

Recently, Fivio’s BM, Jasmine Giselle, took to her IG to accuse the “City Of Gods” rapper of being “on the DL” and used her personal, intimate experiences with him to confirm her allegations.

“It was mad gay sh*t on his porn history,” Jasmine said. “This was happening for two years already…while we were f*cking…he would f*ck up as in the first couple times, I was like ‘Yo, he’s just f*cking up.’ I didn’t think nothing of it. I’m saying f*ck up as in…you know we talk when we f*ck, we talk nasty. So, instead of saying, ‘This is my p*ssy,’ he’ll say, ‘This is my d*ck or give me that d*ck.’ At first, I was like, ‘You know maybe because I’m saying d*ck, he’s saying d*ck after me, probably confusing it.’ Like, I’m not thinking nothing of it, I’ve never experienced anything like that with a DM n*gga…”