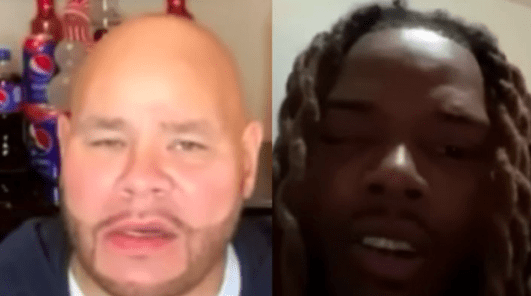 In an exclusive interview with BX legend Fat Joe on his IG Live, troubled Paterson, NJ rapper Fetty Wap explains why he fell back from the music industry after his almost overnight celebrity status in 2015.

Fetty, who is now out on bail facing federal gun and drug charges, says that mismanagement is the culprit that didn’t allow him to continue to ride the wave of popularity that he was on since his succession of hits, including “Trap Queen”. He says his consistent issues with inexperienced management caused him irreconcilable issues with his label/

See the clip of the commentary below.