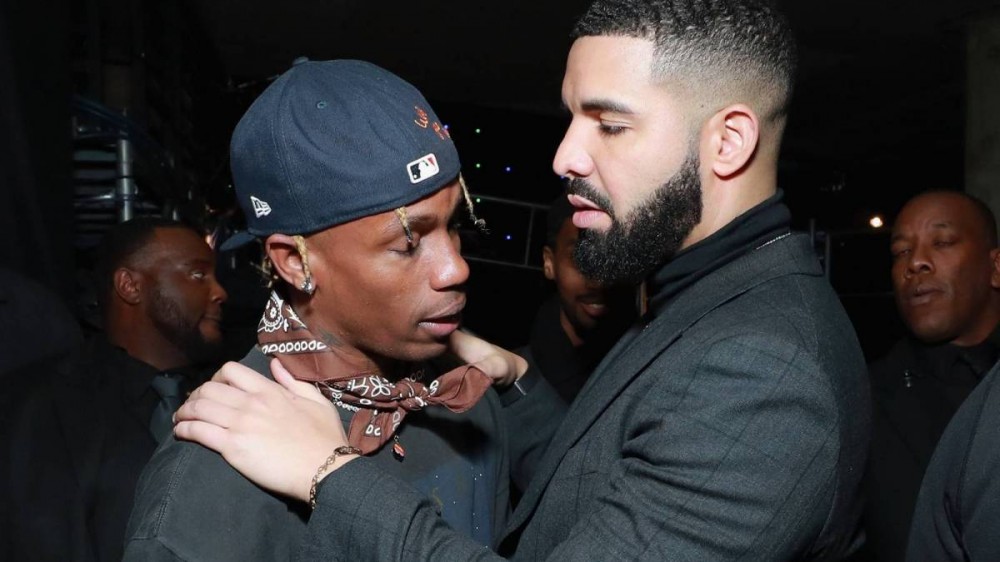 Beaverton, Oregon – Drake ended the 2022 Nike Maxim Awards Show with a bang by introducing his “SICKO MODE” collaborator Travis Scott to close out the special event.

The show took place on Thursday (September 8) as part of Nike’s Just Do It Day, where celebrities and athletes affiliated with the brand visited their sprawling campus in Beaverton, Oregon, for a day filled with events, activations and more.

After taking in some shots with Melo and Russell, Drizzy played host for the awards show as he introduced Scott with a monologue that highlighted the rapper’s greatness.

“This is one of my favorite things to do, which is introduce somebody that I have the deepest level of respect for,” Drake said. “So to close out the night tonight, and it was an incredible night, I’d like to bring to the stage my brother, one of my favorite people in the world to make music with.”

Drake added: “I really relate to this guy because we both emerged from the shadows of two great artists, and we were able to establish ourselves. This man is one of the greatest artists of all time, he’s one of the greatest performers of our time and he’s one of my dearest friends. Ladies and gentlemen of Portland, Oregon, please make some muthafucking noise for the legendary Travis Scott.”

La Flame arrived on stage to perform a medley of songs including “MAFIA,” “ANTIDOTE,” “GOOSEBUMPS” and Southside’s “Hold That Heat.” However, when Travis performed “SICKO MODE,” Drake did not appear on stage, opting to let the Houston native handle his own.

It would’ve been the first time the two rappers performed the song together since the tragic Astroworld Festival crowd surge in November 2021. Drizzy had just arrived on stage when some fans were calling for the show to end due to people getting trampled.

Despite “SICKO MODE” being one of Drake and Travis’ biggest records, it also caused a rift between Kanye West and CyHi The Prynce, who is listed as a co-writer on the song.

According to a recent Instagram Live session, CyHi said Ye isn’t messing with him after letting Drake take several shots at him throughout his assist.

“Now my buddy… I feel [Kanye] feeling a certain kind of way with me,” he said. “Like, damn what’s going on? My buddy like, ‘Yeah, this the n-gga who wrote this, this the n-gga from ‘SICKO MODE.’ I’m like, ‘Okay, I thought it was kinda strange but I didn’t know what was really going.’”

CyHi added he was conflicted with Travis too but understood Drake should be allowed to express himself as an artist if given the opportunity.

“I’m looking at Trav like, ‘Why would you let the n-gga do that on the song?’ But I get Trav, he’s like, ‘Drake is an artist, he gonna express himself.’… So I’m like, ‘Okay, cool, but you know that’s our guy, bruh,’” CyHi continued. “You can’t just let a n-gga diss our buddy, that’s our buddy!”