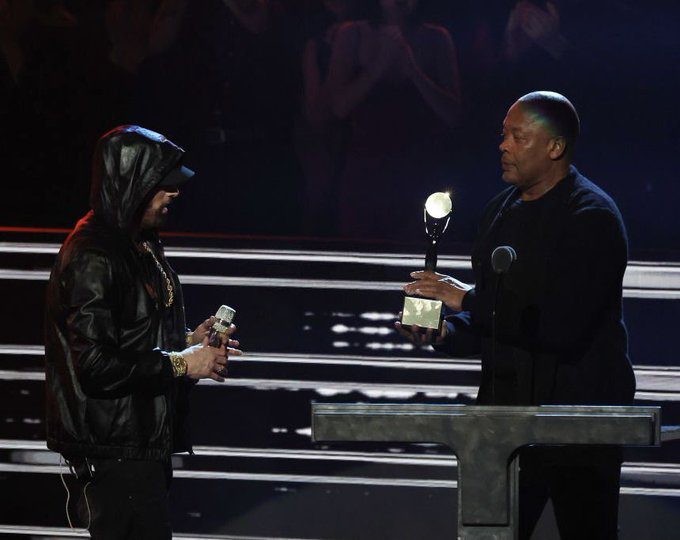 Eminem is the latest member of Hip-Hop to join the Rock & Roll Hall of Fame. During the Saturday ceremony, Slim Shady was inducted by Dr. Dre.

“Over 20 years ago, Jimmy Iovine, who is also one of tonight’s inductees and one of my best friends, played a demo tape for me from a guy who called himself Eminem,” Dre said. “The first thing I said when I heard it was, ‘What the fuck did he just say?’ I loved it so much that I couldn’t stop listening to it.

“A few days later, Jimmy called me and said, ‘You know he’s a White guy, right?’ Fucked me up! Looking back, I don’t know why it didn’t cross my mind. He certainly didn’t sound like a Black rapper, especially because of what he was saying. I guess it was my ignorance at the time, thinking that if you’re a really good rapper, you must be Black.”