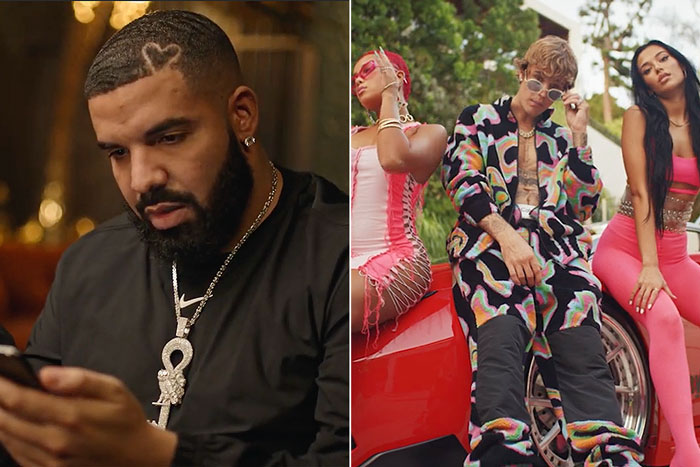 DJ Khaled surprises fans by dropping a massive video for his hit single “Popstar.” The eight-minute clip, directed by X, stars one of the biggest pop stars on the planet, Justin Bieber, who Drake famously shouts out on the track (“Shit don’t even usually get this big without a Bieber face”).

In the opening scene, a relentless Khaled tries to get Drake to shoot a video for the track. “This guy’s off his rocker,” says Drake after receiving a barrage of calls and texts from the We the Best mogul. But he finally caves in and calls in a favor by asking the Biebs to star in the video. “I gotta do it,” adds Drake.

The video then cuts to Bieber passed out in bed while surrounded by women before making his way through his mansion as a party rages on. Bieber shows off his tatted chest and dance moves while rapping along to Drake’s lyrics and draped in his flashy wardrobe. His manager Scooter Braun even makes a cameo. But in the end, he questions if it was all a dream.

“I had a crazy dream. Drake asked me to be in a video, but he wasn’t in the video,” he tells his wife Hailey Bieber before Drake appears on his caller ID.

“Popstar” was released in July alongside “Greece” and debuted at No. 3 on the Billboard Hot 100. Both tracks are set to appear on Khaled’s upcoming album Khaled Khaled.