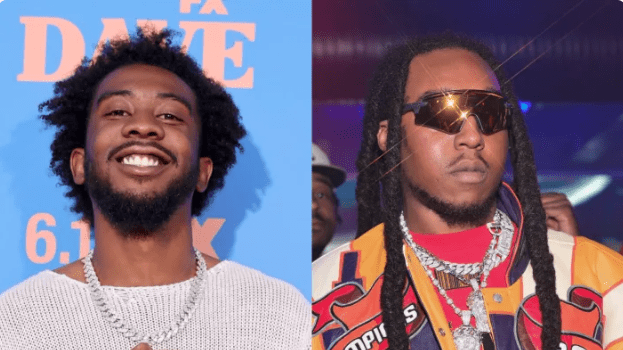 Following the tragic death of Migos member Takeoff in Houston last night, many celebrities and notables took to social media to mourn the 28-year-old legend in the making. One particular artist whose tearful post was so moving, that he declared that he was completely done with the rap game.

Brooklyn rap star Desiigner took to IG to express his feelings about Takeoff’s untimely passing, which occurred on Halloween night in Houston at a bowling alley during a dice game gone wrong. While in tears, he said that he couldn’t call Quavo or Offset to talk about Takeoff’s murder because it was too emotional for him.

Desiigner was a close associate of the Migos camp and has collaborated with Quavo on several projects, including the GOOD Music compilation Champions and Rich the Kid’s “Going.”