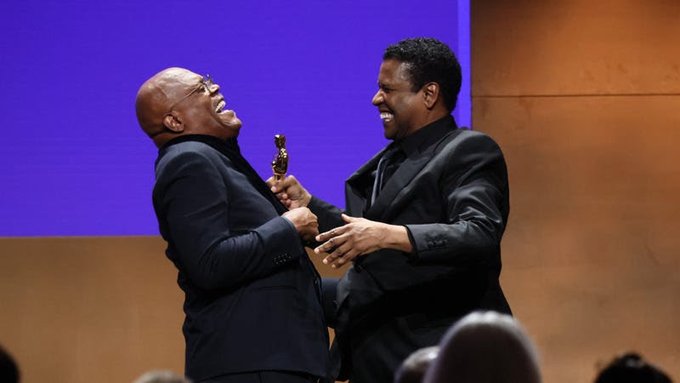 Film icon Samuel L. Jackson has received his first Oscar. The 73-year-old star was awarded an honorary Academy Award for his lifetime achievement. The award was given to him by his friend Denzel Washington at the Governor’s Award.

“Sam and I go back in the theater, the Goodman Theatre,” Washington said, according to PEOPLE. “We worked together even before that, at the Negro Ensemble Company. We did a pretty good play called The Soldier’s Play that became great movie, A Soldier’s Story. Wasn’t as good as it would’ve been had Sam been in it, but that’s for another day.”

“Who knows, that little kid from Chattanooga, Tennessee, watching movies, wishing he could be here to get the votes of people who run an organization like this that says, ‘Hey, I deserve something like this,’ thank you, so much,” Jackson said.