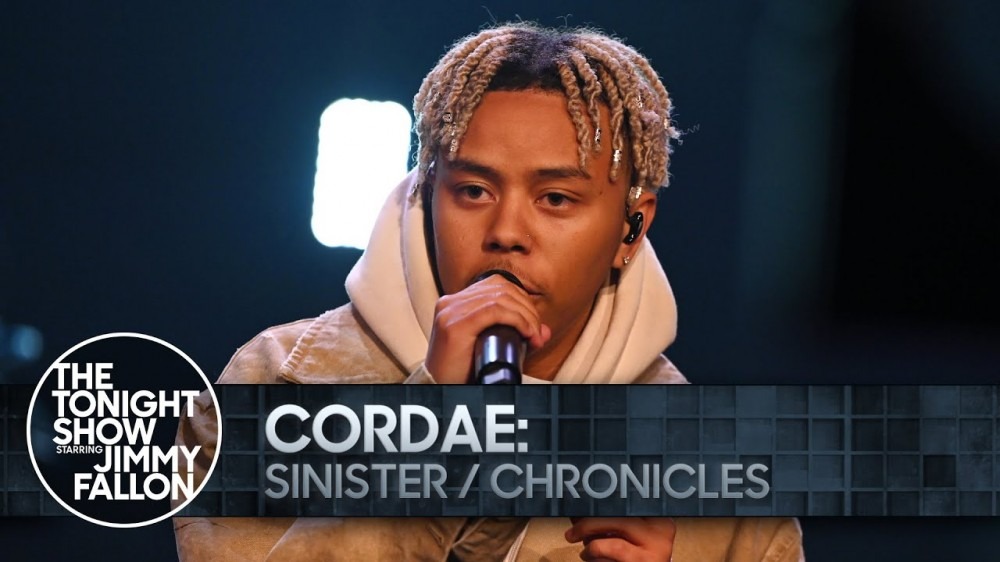 Cordae is ready to drop off a new album in From A Bird’s Eye View. A couple of days after the release of the tracklist, Cordae hit The Tonight Show to perform both “Sinister” and “Chronicles.” Both songs will be on the album.

Cordae also sat with the show’s host Jimmy Fallon to detail the inspiration around the album’s title. “It means to see things from outside of yourself,” Cordae said. You can hear his interview and see his performances below.

Before the launch of his album, Cordae dropped his Road To ‘From A Bird’s Eye View’ docuseries. In the debut episode, Cordae takes a break from album mode to go from a New York City studio to the plains of the serengeti in Africa for relaxation and inspiration. “I just went [to Africa] because that was just something I had to get off my spirit,” Cordae explains. “And that was a bucket list thing for me too. It’s always been on my bucket list to go to Africa.”

You can watch it below.