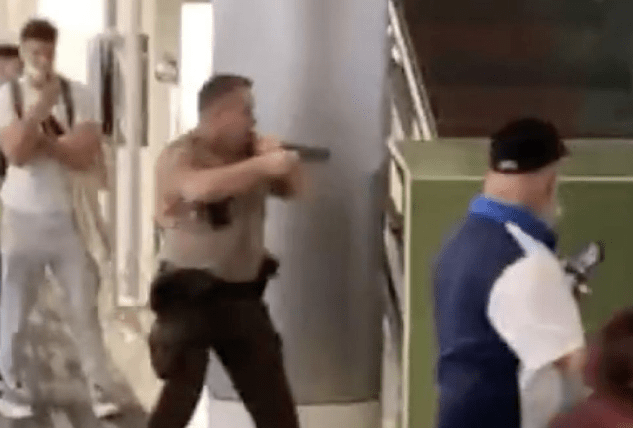 Miami International Airport was the center of a humongous brawl when passengers became “unruly”, which resulted in the arrest of two men.

The situation quickly escalated when an officer attempted to arrest one man, but was surrounded by other travelers who were trying to free the man from the officer’s chokehold. Once the man was freed, the officer then pulled out his firearm and haphazardly pointed it at the closest travelers to him.

“Unfortunately, that passenger growth has come with a record-high increase nationwide in bad behavior as well, such as the incident this evening at MIA,” he said. “Disruptive passengers face police arrest, civil penalties up to $37,000, being banned from flying, and potential federal prosecution.”