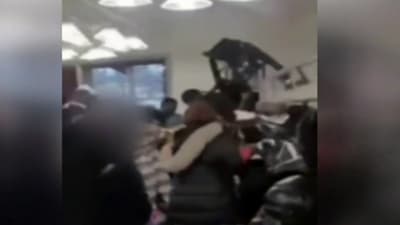 A Friday night fight in Golden Corral was allegedly started after the buffet ran out of steak. According to CBS 3 Philly, a former employee of the restaurant revealed the fight is believed to have started due to a steak shortage.

In a video from inside the restaurant, chairs are flying and punches are being tossed at the Bensalem location. The fight had 40 participants. “I’ve never seen nothing like that in Golden Corral before,” former employee Dylan Becker said.

Becker stated the fight started once someone cut the line when steak was already at a premium.

“There was a shortage of steak and two parties were involved and one family cut in front of another family, they were taking their time and they ran out of steak and it got into a heated exchange at the tables,” Gaven Lauletta, a friend of Becker, said.