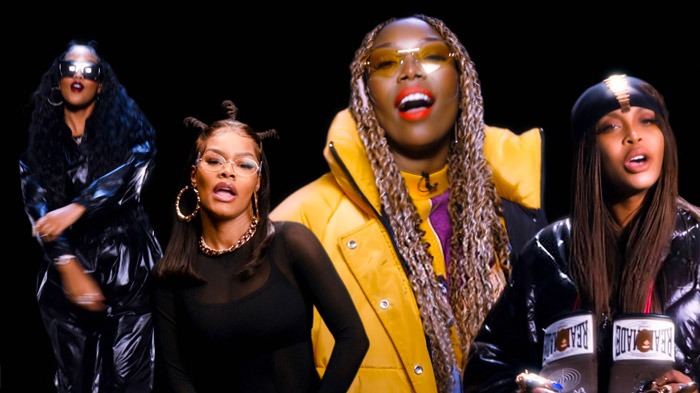 The ladies of R&B stole the show at the BET Hip Hop Awards.

Teyana Taylor, H.E.R., Erykah Badu, and Brandy teamed up for an all-female cypher set to Brandy’s ’90s classic “I Wanna Be Down (Remix).” With Badu behind the turntables, Teyana went all the way in on her opening verse. “If I’m comin’ how I’m comin’, I don’t half ass / ‘Cause R&B Tey will leave your favorite in a trash bag,” she warned.

H.E.R. was up next, paying tribute to her Filipino roots and Breonna Taylor. “Say you wanna be down, but still ain’t arrest ’em though,” she rapped.

For the finale, Brandy brought back her rap alter ego Bran’Nu, spitting some powerful words about climate change, Black pride, and God. “And if they say the sky is the limit, then buy a cloud / And if they can’t see us as an equal, they not allowed,” she said as she placed a crown on her head.