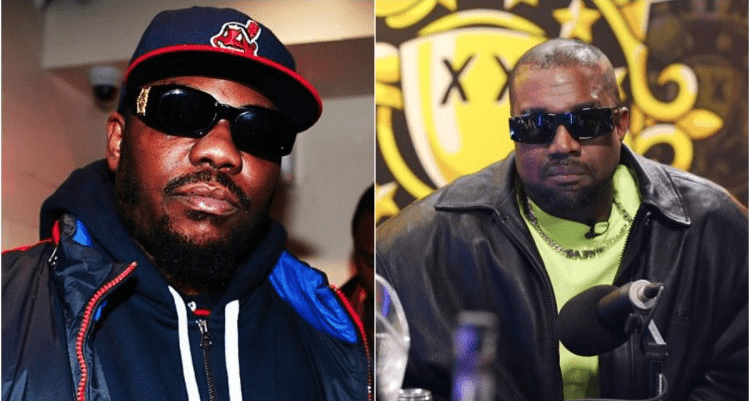 A lot of topics mentioned in the Kanye West episode of Drink Champs have morphed into full discussions in Hip Hop circles, particularly Ye’ vowing to bless former Roc crew member Beanie Sigel with a lump of cash for the “Yeezy” moniker, which the music and fashion mogul has turned into a multi-million dollar dynasty.

In an exclusive interview with TMZ, Beans sat down alongside State Property member Young Chris to discuss what and if anything he feel like Ye’ owes him for the name. Beans concedes that Ye’ owes him absolutely nothing, but he says that he would love if the former Roc-A-Fella producer could help him help himself with some start up cash for a business venture.

Rumors have stated that Yeezy said he would give Beanie $50 million and stock options for the Yeezy brand idea, but Beans says that’s just not facts.