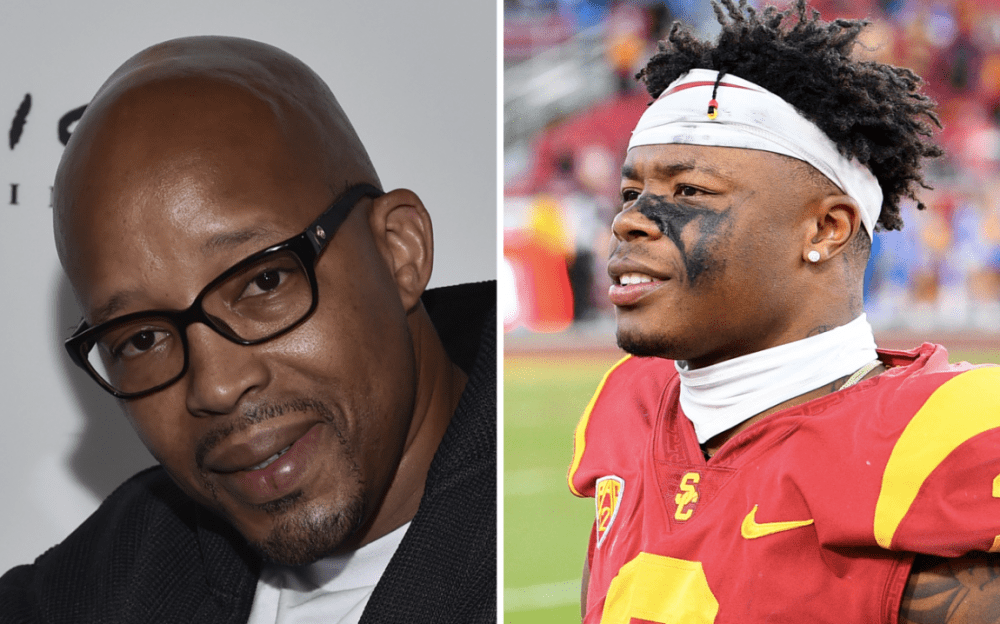 BUFFALO, N.Y. – Warren G shared a proud father moment with his son Olaijah over the weekend. After feeling the heartbreak of not hearing his name called at the NFL Draft in Cleveland, Olaijah Griffin traded in the Cali sun for the upstate New York blizzards when he inked a free agent deal with the Buffalo Bills following the draft’s conclusion.

Crushed 💔 never knew I could feel this way.

The former USC cornerback announced the news he was shipping up to Buffalo on Sunday (May 2) and Griffin had a special message for the Bills Mafia. The post was liked by Snoop Dogg and YG provided a fire emoji in the comments.

Warren G took to his Instagram Story revealing how the draft was one of the most exhausting things he’s been a part of besides the losses of his family members in the past. Griffin was expected to be a mid-round pick but ended up slipping all the way out of the draft.

“This draft shit was one of the hardest things I been through besides losing my mother, mother-in-law, my grandparents and aunties and brother and for things to go the way they went was totally exhausting,” he wrote.

“I love football but it will be a long time before I get back into it again that’s just me. Fuck everybody who had something to say #CarSalesmen.”

@regulator speaks on exhausting NFL Draft process after his son went undrafted over the weekend before signing a deal with the Buffalo Bills. pic.twitter.com/ee8dzgDF8B

Griffin, a Mission Viejo Mission High School standout, recorded one interception during the compact 2020 season as a junior. He’ll look to make the 53-man roster for the Bills this summer on a talented defense lead by Pro Bowl cornerback Tre’Davious White.

Watch some of his college highlights below.