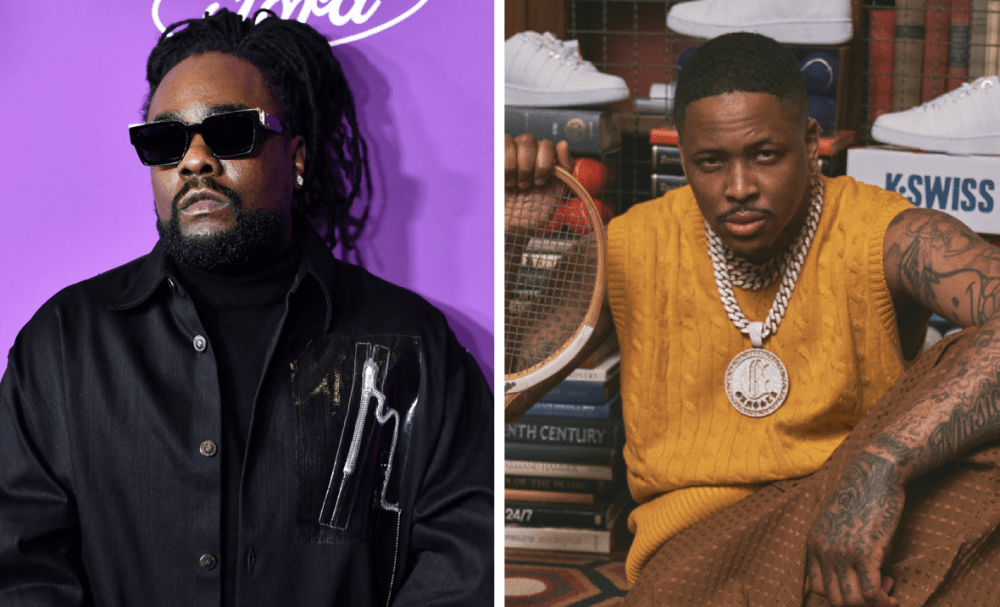 With a well-known fascination with sneaker culture, both Wale and YG were tapped by Foot Locker for collaborations which released on Wednesday (April 7). After being postponed in 2020 due to the coronavirus pandemic, Wale’s annual WaleMania returns with a capsule collection celebrating his love for the WWE with Wrestlemania 37 on tap for this weekend.

The collection ranges from $35 to $80 and features an array of WaleMania t-shirts and hoodies honoring previous Black WWE champions such as Booker T, Sasha Banks, Mark Henry and Kofi Kingston alongside his The New Day running mates.

This capsule is just the first of six on the way as part of his Be The Fan You Are platform. Look for wrestling-themed merchandise drops from Wale for the rest of 2021.

“I think extending the brand beyond music is important, especially after the year we’ve all just had,” he told Rolling Stone. “It’s always good to show your supporters more sides of you, and I think this year we all learned a lot more about ourselves than we probably were ready to.”

Sharing a love for Los Angeles, YG teamed up with K-Swiss to launch the Compton Country Club campaign and serve as its creative director. YG put his spin on the five-stripe Classic LX sneaker, which pays homage to K-Swiss’ roots as a historical tennis brand. The crispy white Classic LX is now available at Foot Locker.