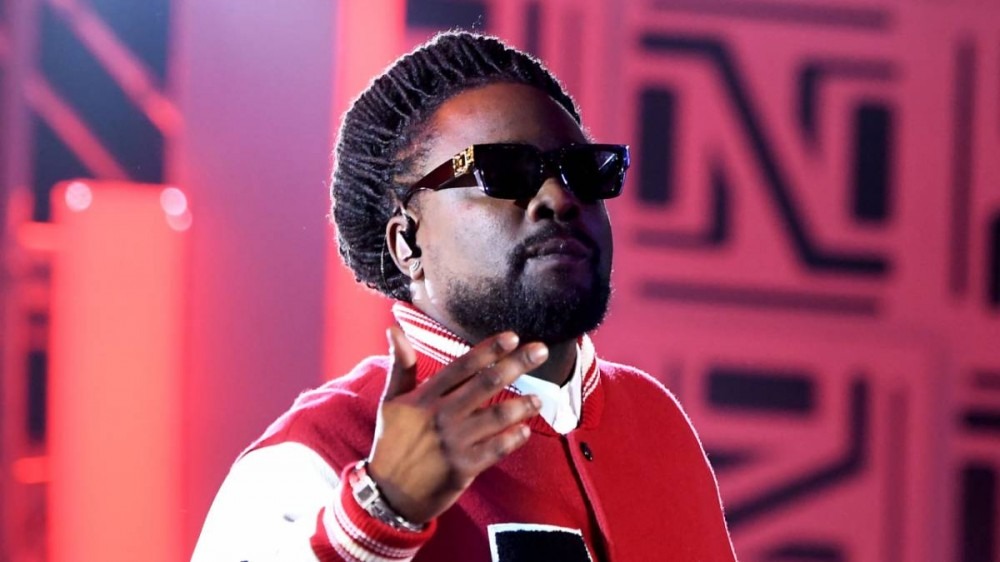 Wale is bringing his talents to the big screen next month with an appearance in the upcoming Michael Bay movie Ambulance.

On Monday (March 28), Folarin took to his Instagram Stories to give fans a sneak peek of his Ambulance role. The 37-year-old rapper shared a photo of him squatting in front of an ambulance wearing a dark blue jumpsuit and light green beanie underneath one of Los Angeles’ graffiti-covered bridges.

“Castro coming,” he wrote in the picture. “#ambulancemovie.”

Wale also posted a “boomerang” clip of the movie set showing an ambulance covered in green spray paint with the caption, “Introducing … ‘Castro.’”

Wale spoke about his foray into acting and starring in Ambulance during an interview with XXL last October, revealing how his time playing sports in high school helped prepare him for the role.

“It’s like learning to ride a bike and the next day, they put you in the Daytona 500,” he joked. “It’s like literally learning how to be on a big wheel and the next day it’s like, ‘Now, drive a car!’ Oh man, [Michael Bay] is a one-of-one. Luckily, I’ve played for some pretty intense football coaches and track coaches, so my skin is thick.

“I’m just really, really, really blessed to be able to work with Yaya and Jake Gyllenhaal. I never had no freak-out moments because these actors, they know how to talk to n-ggas. Michael would spazz on everybody and my energy’s off and Yaya would give me this look like, ‘You got it, bro! Come on, n-gga!’ Everybody was so fucking nice.”

Ambulance is undisputedly Wale’s biggest acting role, but it’s actually not his first. The MMG representative appeared in multiple episodes of the Starz series American Gods, as well as the 2019 crime film DC Noir, which was set in his hometown of Washington, D.C.

On the music side, Wale recently wrapped up his Under A Blue Moon Tour in support of his latest album Folarin II, which arrived in October. Boasting appearances from the likes of J. Cole, Rick Ross and Chris Brown, the project debuted at No. 22 on the Billboard 200.