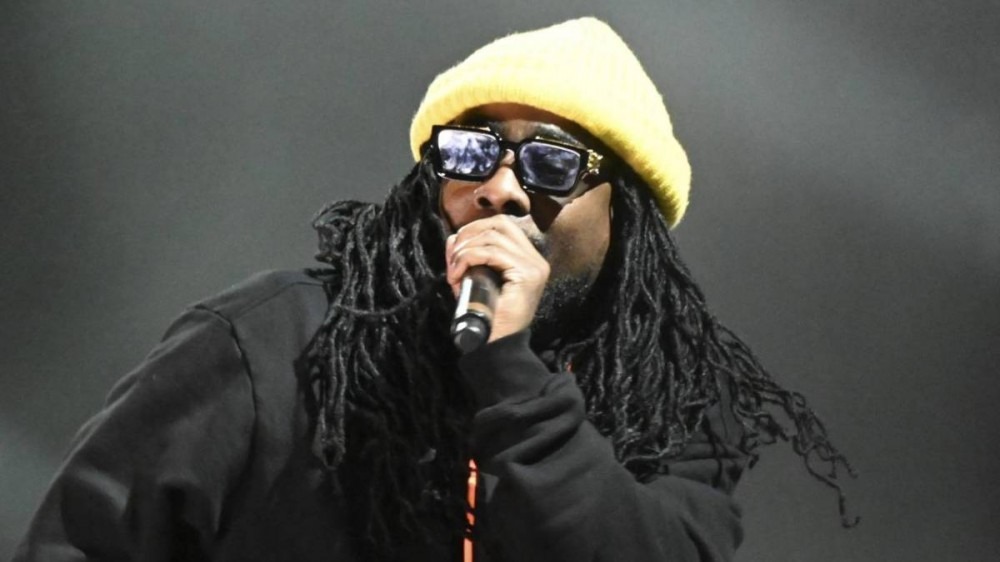 Boston, MA – Wale’s Under A Blue Moon Tour is in full swing as Folarin makes his way across the country. During the Boston stop of the North American trek on Tuesday night (January 25), the D.C. native paid homage to Michael Jackson by moonwalking across the stage to his King of Pop-sampling “My PYT.”

Promoter Sean Dickerson a clip of Wale smoothly hitting the MJ signature dance move with ease in a pair of the rare Air Jordan 3 “Cardinal.”

After the show, Wale reposted the footage to his own Instagram Story with the caption, “Always do it for MJ.” Wale’s 2016 SHINE single, “My PYT,” interpolates Michael Jackson’s Thriller smash “PYT (Pretty Young Thing)” throughout the track’s chorus.

Wale kicked off his Under A Blue Moon Tour earlier this week with stops in Philadelphia and New York City. The 30-city tour continues with shows slated for Cincinnati, Detroit, Indianapolis and Chicago to close out January.

Featuring support from Guapdad 4000 and Cam Wallace, the tour continues into the spring when it wraps up with a stop in Silver Springs, Maryland on March 11.

Wale released his latest album, Folarin II, in October as a follow-up to his fan-favorite 2012 mixtape. The project peaked at No. 22 on the Billboard 200, the lowest of his career thus far.

Check out Wale’s full Under A Blue Moon Tour schedule below.