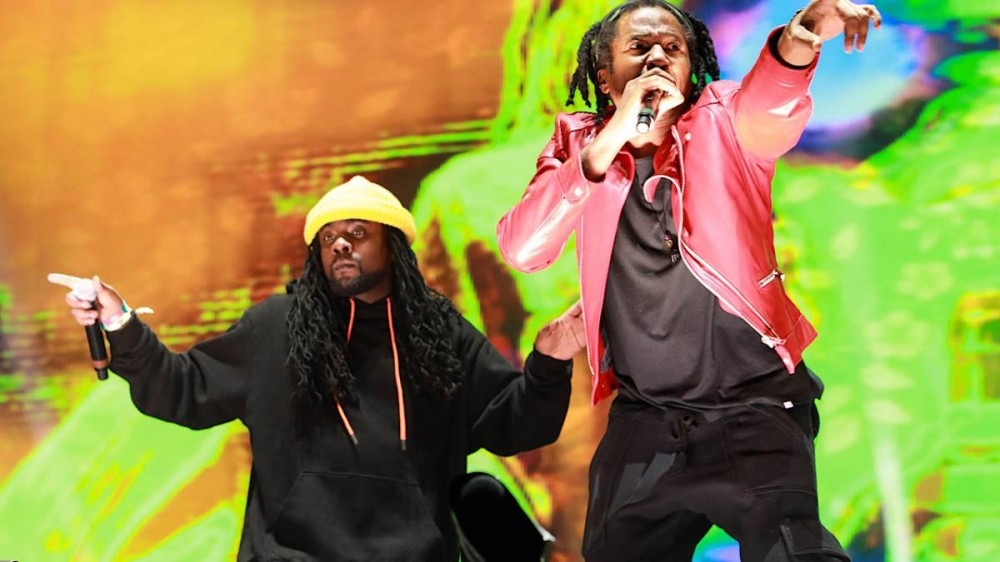 Queens, NY – Wale spent much of his Folarin II rollout giving himself flowers while paying homage to classic tracks from the likes of Mike Jones and Diddy.

During his Rolling Loud set on Friday (October 29), the Washington D.C. native knew he was on hallowed ground and proceeded to bring out a Queens legend in A Tribe Called Quest’s Q-Tip to give him his flowers in person.

“We in Queens, right?” Wale asked the crowd at Citi Field during his performance of “Poke Out.” “I know I’m from out of town but I feel crazy doing this shit in Queens and not showing love to the original version of the song.”

Soon, Tip emerged from the back and immediately launched into “Vivrant Thing,” his hit single from his 1999 debut solo album, Amplified.

The “Poke Out” to “Vivrant Thing” performance wasn’t enough for Folarin as he brought out MMG capo Rick Ross.

Ross and Q-Tip only added to the festivities for Wale, who called the moment an honor to have both artist share the stage with him.

Revisit the project in full below.