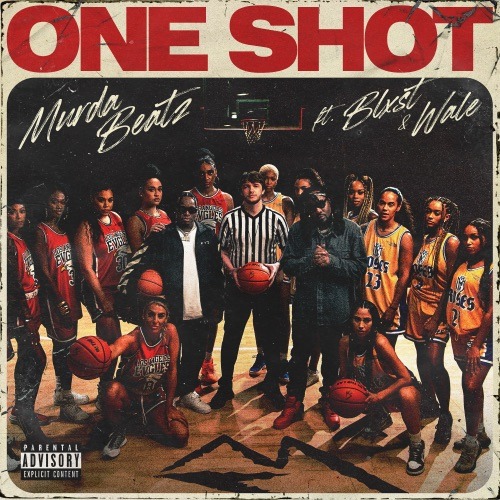 Before he hits the road on the Under A Blue Moon tour, Wale drops a new song with Blxst and Murda Beatz, titled “One Shot.”

Over the well-known hitmaking production of BoogzDaBeast, while Murda Beatz orchestrates, Wale and Blxst blend skillful lyricism with catchy radio-friendly hooks. Delivering a familiar nonchalant attitude to relationships, Wale raps, “If you lose me, I’ll be gone forever / I need a women with class, I need scholarship effort / I need a women with passion, her heart into something / I need her walking with confidencе, Folarin The stepper, yеssir Okay, let’s say you be my lady ’cause I say you pressure.”

Upon the track’s release, fans praised the trio’s collaboration on social media with fire emojis, instantly. “One Shot” is the first track off Murda Beatz’s forthcoming debut album, which is the sequel to his 2016 mixtape, Keep God First. The debut album drops early-2022 via Murda Beatz Recordings.

A visual for “One Shot” accompanied the new track, directed by madebyJAMES (City James + Darrin James).

Wale’s Under A Blue Moon tour begins January 23 in Philadelphia. His latest single, “Poke It Out” featuring J. Cole is currently #1 on Urban Radio. On Twitter, Wale announced a remix for the new hit is in the works. Stream Florian II, out now, via Warner Records.

Outside of “One Shot,” Blxst is riding a wave right now with the popularity of his new single “Chosen” featuring Ty Dolla $ign and Tyga. In 2020, Blxst was featured on new music from Nas, Rick Ross, Snoop Dogg, Russ and YG. Blxst appears on the track courtesy of Red Bull Records.

Check out “One Shot” below.