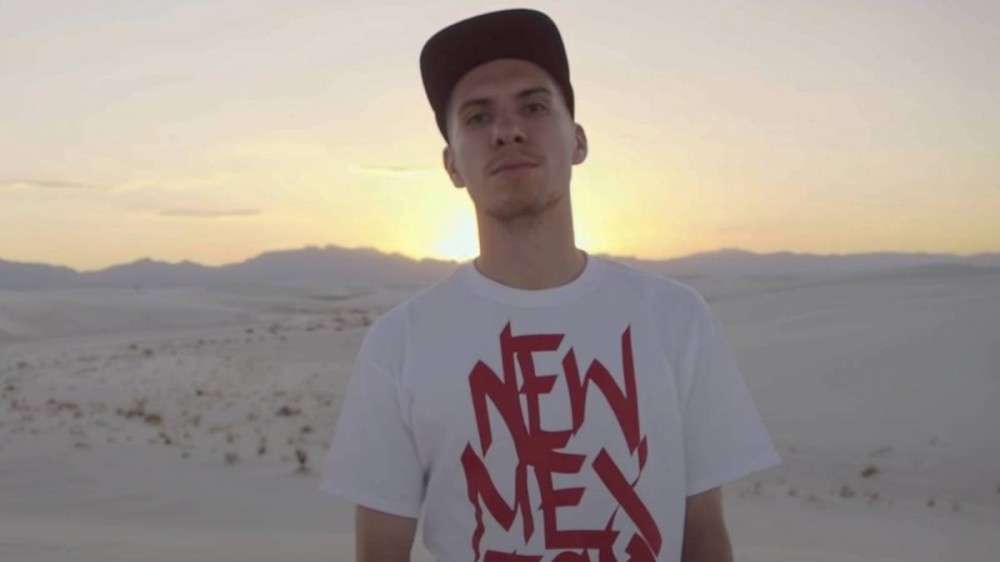 Santa Fe, NM – New Mexico Hip Hop staple Andrew “Wake Self” Martinez was killed by a drunk driver in November 2019 as he was promoting his upcoming album release party at Meow Wolf in Santa Fe.

Just 30 years old at the time, the local activist and seasoned MC left behind his loving family, a community that adored him and countless friends who are still mourning the enormous loss — not to mention a burgeoning rap career.

The man behind the wheel, Diego Pichardo, was finally sentenced on Tuesday (August 31) after being found guilty of vehicular homicide earlier this summer. According to Wake Self’s family, Hon. Judge Mary Marlowe Sommer slapped the habitual offender with an 18-year sentence as she read him the riot act in court. The sentence is particularly surprising considering New Mexico is notoriously lenient on DUI/DWI cases.

Wake’s older brother, Eric Martinez, penned a powerful impact statement for the court but also shared his thoughts with HipHopDX.

“My brother’s death has left a great void in our community,” he says. “Our family will never be whole again. However, we hope now with this conviction and maximum sentence that his death will not be for nothing. The results of the trial can now be used as precedent case law in New Mexico and re-set the bar of how drunk driving fatalities are treated. Too many times have drunk driving offenders have gotten off with not much more than a slap on the wrist, leaving the victim’s families with nothing and nowhere to turn for justice.

“Even in death, Wake Self has changed the game and now the families of victims of drunk driving will have a case to reference in which the consequences have become serious for committing this senseless crime. Please hear our story and if you plan to drink — do it responsibly. Plan on alternate ways to get home after a night of drinking so we can all avoid another tragedy.”

Pichardo was reportedly driving over 60 miles per hour over the speed limit while flying down the small, New Mexican street of West Alameda in the wrong direction. Wake, who was on the right side of the road, was heading from his home to put up more fliers. Pichardo slammed head-on into Wake’s car and nearly ripped off the roof.

Martinez described the horrible phone call he received in the wake of the crash as part of his victim impact statement.

“The morning of the crash I received a call from a mutual friend of Andy and mine,” he wrote in part. “He said he had been contacted by a stranger through social media and was concerned Andy was involved in a car crash the previous night. I called the Intensive Care Unit at Christus St. Vincent Hospital in Santa Fe immediately and they informed me they had an unidentified person in the ICU who had been involved in a wreck.”

Once Martinez arrived at the hospital, his biggest fears were realized — his baby brother was laying there unresponsive, hooked up to several machines. He then had to call their parents, Barbara and Al, to inform them of the terrible news. They jumped in the car and drove the three hours from Gallup, New Mexico to Santa Fe where they were told he needed to be moved to a Level 1 Trauma Center in Albuquerque.

Once the transfer was complete, they had to make a nearly impossible decision.

“We were informed there was no hope and Andy would eventually become brain dead due to his injuries sustained in the wreck,” he continued. “I’ll never forget having to sit with my parents and confirm that it was the right decision to let Andy go. The cries of my mother and the look in my father’s eyes are burned into my memory.”

Wake’s legacy lives in on in his music. His first posthumous album, the eerily-titled Ready To Live, was released last year. In a cruel twist of fate, two of his collaborators — Zion I’s Zumbi and Blackalicious’ Gift of Gab — have since passed away as well.

HipHopDX sends our continued support to Wake Self’s family and all those who loved him.