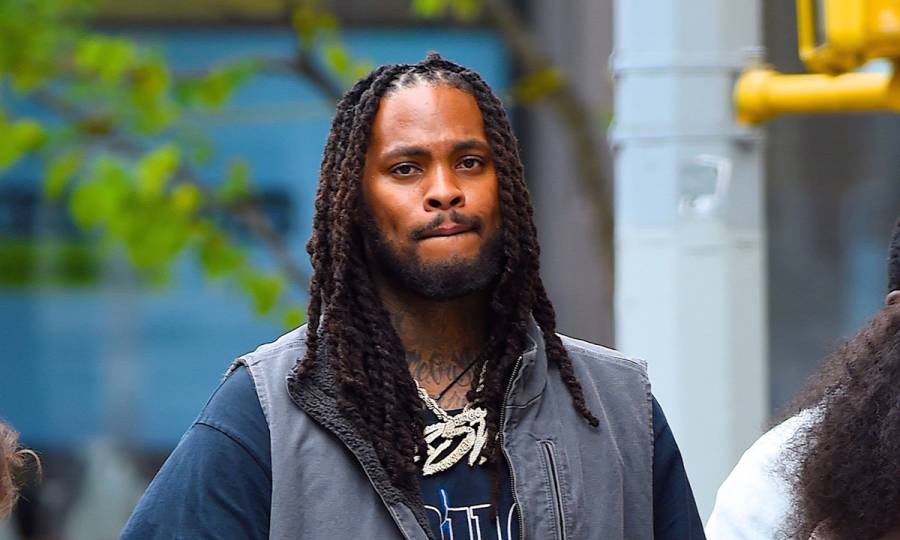 Four years after Waka Flocka Flame’s $25,000 Wild Wild West Gun pendant went missing, a good samaritan slid into the rapper’s DM’s and said he had found the glittery revolver and wanted to return it to its rightful owner.

In a video posted to Waka Flocka’s Instagram Story, a young man is seen sitting in the backseat of Flocka’s vehicle before he removes the pendant from a Crown Royal bag.

“Can’t believe he DM me and said I had your chain for four years,” the rapper wrote alongside the video. “I flew him and now we partying all weekend.” A tag alongside the caption revealed the man to be Dalton McGhee from Louisville, Kentucky.

Waka Flocka Flame had previously flexed the pendant during a 2018 edition of GQ’s Jewelry Tour.

“This is heavy as fuck,” Waka said holding the piece, which he said is studded with VVs diamonds and canary diamonds. “Like fuckin’ throw this at somebody it’d stop a villain. Not to promote it but I love guns, not the thing that the triggers will do when you squeeze it, I just love the science behind it.

“Like it’s fire, it’s dope, it’s everything. Especially where I’m coming from I ain’t have a father so my gun was like my father. It was like a bully stopper, it was comforting. You grow up on the bottom man you gotta have something.”

Watch the full clip of Jewelry Tour below.