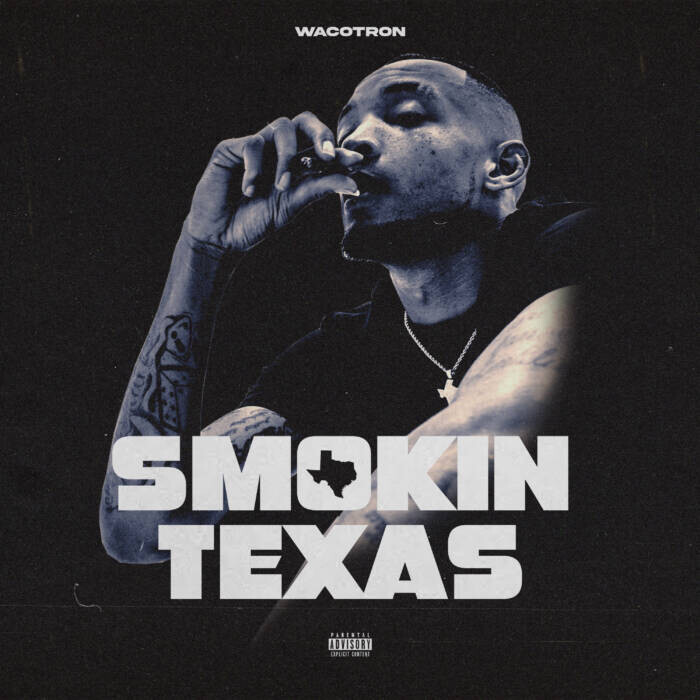 The new mixtape is home to recent single “Umbrella,” produced by Marshmello and featuring a snarling guest verse from G Herbo (1 million views since its April 9th release), as well as standout video singles like “Gram And A Hoodie,” “Take Off,“ “Toothpaste,” and Wacotron’s debut release “Cut Me Up,” which has over 1 million views on YouTube. Featuring additional production from Johan Lenox and Steezefield, Smokin Texas is available everywhere via Pick Six Records/808 Mafia.

Along with the new mixtape, Wacotron shares the video for “Hole In A Cup,” a Marshmello-produced highlight from the project. Juxtaposing thumping 808s and rattling hi-hats with an eerie vocal melody, courtesy of Marshmello and co-producers MUNK and Ghostrage, “Hole In A Cup” is a haunting slice of Texas trap, purpose-built for rocking speakers in low-riders from Houston to El Paso. Wacotron takes the opportunity to flex his recent successes, as he promises to carve his own path through the rap game: “F*ck a wave, I don’t know how to surf,” spits the rapper. Directed by Donthypeme & We The Shooters, the new video displays the streetwise charisma that Wacotron’s fans have come to expect.

Watch “Hole In A Cup” (Prod. by Marshmello): https://www.youtube.com/watch?v=jwgzsBYYPXQ