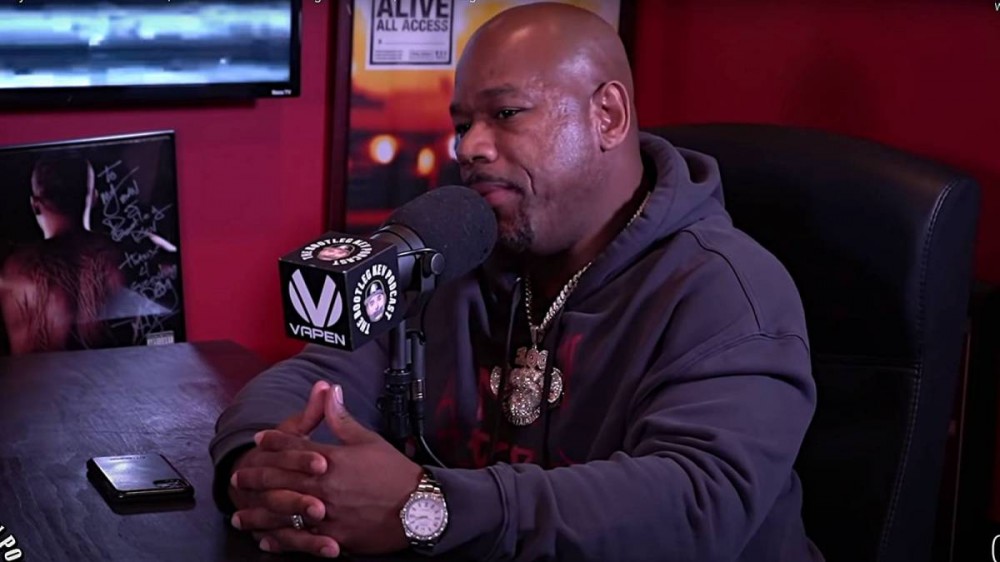 Wack 100 loves inserting himself into drama that typically has nothing to do with him — but hey, social media. Case in point, The Game’s longtime manager became a trending Twitter topic after he voiced his opinions on Meek Mill and 6ix9ine’s parking lot confrontation over Valentine’s Day weekend.

Subsequently, Wack was invited on The Bootleg Kev Podcast where the topic reared its ugly head and he wound up explaining why he doesn’t believe 6ix9ine is a snitch. As he sees it, the instigative rapper was privy to information about the Nine Trey Gangsta Bloods gang that should’ve been kept from him.

“I got mixed feelings on [6ix9ine],” he says in the YouTube clip. “He did what he did but on the same note, he should have never been in a position to do what he did. This thing we got in the streets it ain’t for everybody. It’s not a free-for-all, it ain’t like Magic Mountain where you show up, buy a ticket and get in. There’s certain things you got to go through, certain things that have to be proven before somebody is allowed to come in.

“The fact that [the gang] allowed him to come in and him being inside of it is what gave him information. […] He should have never had the information that he had when he got put under that light. Everything ain’t for everybody. And I really think he was in character the whole time. He was using the block for his street cred. Everything about the kid defies what he say he was.”

Wack went on to claim 6ix9ine has been in character all along and the “tough guy” act is simply that — an act. However, he does think 6ix9ine has a “death wish” and would like to go out as a “martyr” one day but for now, he’s apparently content trolling online and sparking beef with fellow rappers — seemingly dismissive of any potential consequences.

“They let the kid hear things that was going on behind his back,” he continued. “They put this kid in a situation he shouldn’t have been in. What he did was, he just went back to who he really was. He took the costume off. So I got mixed emotions when we call this kid a snitch because I believe civilians don’t snitch, they tell the truth.

“He did what he did and I believe, even right now today, he uses what he does as a marketing tool because he has no obligation to the politics of the streets. He has none. He don’t care how it goes. He’s just a little kid playing and doodling and it’s allowed. They’re allowing it to happen. I think he got a death wish. I think he wanna go out a martyr one day.”

Wack isn’t alone in his sentiments. During an August 2020 Instagram Live session with DJ Whoo Kid, Akon talked about his pending 6ix9ine collaboration and vowed to support him.

“I’ma feature on that record,” he said at the time. “Matter fact, I’m about to call Tekashi right now and say, ‘Yo, T, what we doin’? I’m ‘bout to get on that record.’ Listen, I’m me, n-gga. You can’t beat me up. I’m getting on that record. That record probably be the hottest record that drop this year because of all that … Just think about all that surrounded this record.

“Even if you don’t like him, you gon’ get it, download it just out of curiosity. But believe me, Tekashi got my support. We gotta teach them though. We gotta be there for ’em, man. We can’t just pull a brother down when they down.”