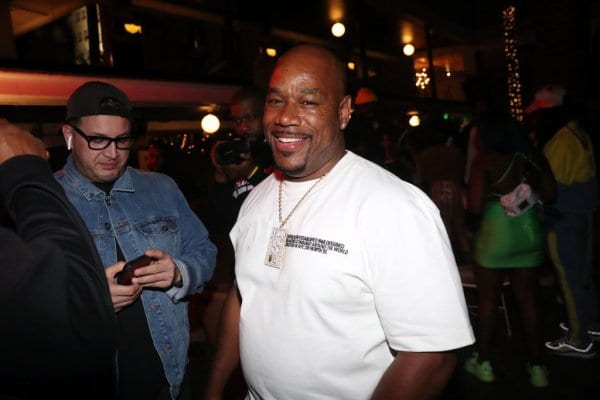 Wack 100 has his own beliefs when it comes to what happened between Megan Thee Stallion and Tory Lanez last year. The veteran music manager took to Clubhouse in a recent conversation claiming Megan’s injuries weren’t the result of a gunshot wound.

Wack 100 explained during the conversation, he believes Meg’s injuries were sustained after she kicked out the window of the black SUV they were riding in the night of the alleged shooting incident.

“Let’s really do the math,” he said. “Some of the smallest bones in our muthaf****n’ body is in our foot. N***a, if you take a bullet to that foot and it break them bones, you are not walking backwards with your hands in the air. It is not happening. It’s not gonna fucking happen.”

“You gon lay yo’ ass down, man or woman, and you gonna scream like a muthaf*****n’ hoe. You gonna holler and scream and you not finna be on stage in two to three weeks twerking! It ain’t gonna happen.”

Wack 100 then explained what he thinks actually took place in the backseat of the chauffeur-driven vehicle.

“I will speak from what I know. Back and forth conversation — ‘f**k you, f**k you’— Meg in the backseat with her homegirl who’s no longer the homegirl,” he added. “Pull this muthafuckin’ car over. F**k it, I ain’t pullin’ nothing over.’ Lean back, kickin’ the window. Now we got the glass cuttin’ up the foot.”

Wack continued with his explanation to say Megan and her people know Tory Lanez didn’t discharge the gun. Instead, he suggested it was his security, although he maintained Megan was never shot in the feet.

In another video clip of the same Clubhouse conversation, Wack 100 suggested all parties were too intoxicated to accurately remember what happened.

“Tory ain’t fire no shot,” he continued. “Imma be real with you, bro. Lemme tell you something. When muthaf****s be high and drunk and all that on top of shit and muthaf****s just rambling off at the mouth — we’ve all been in these situations — and you hear a muthaf****n’ shot, man, you don’t know where that shot came from half the time.”

“But you got to have a general idea of it in your head, where you think the shot come from right? One thing I do know is I have not seen that GSR test mentioned. That GSR ain’t going nowhere unless you use urine or milk.”

Megan Thee Stallion claimed she was shot in her foot in July 2020 after a night out with Kylie Jenner and Tory Lanez. After initially keeping the identity of the shooter quiet, she ultimately pointed the finger at Tory Lanez.

He was arrested for felony assault and has a restraining order put in place prohibiting him from talking to Megan Thee Stallion or being around her in any capacity. A Los Angeles judge scheduled the preliminary hearing for December 14.