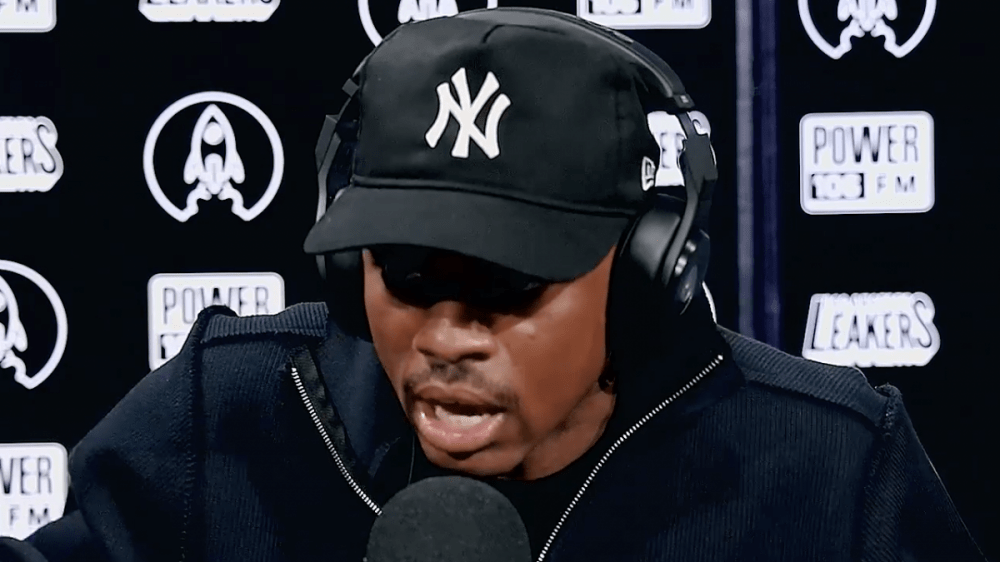 Vince Staples is getting fans prepared for his fourth studio album by doing what he does best: rapping.

The Long Beach spitter stopped by Power 106 for an L.A. Leakers freestyle that saw him destroy Dr. Dre’s classic 2001 cut, “Xxplosive.” Vince Staples was born and raised in Los Angeles, with the song being an all-time West Coast classic, but he still showed up to the radio station wearing a New York Yankees Hat.

Throughout nearly three minutes of bars, he name-drops everyone from the Obamas to O.J. Simpson to Lil Kim.

“If I ever tap the side of his hat, it’s trauma,” he raps. “You will never catch me slipping in traffic/How you coming? Who put you on this, you just claiming or you from it?/These n-ggas out here blowing brains, y’all blowing budgets/Rappers make me sick to my stomach, we glorify who died and demonize the n-ggas who done it.”

After the freestyle was released, Vince Staples wrote on Twitter, “I hope y’all liked that freestyle I did my due diligence.”

I hope y’all liked that freestyle I did my due diligence.

Vince Staples is set to release his self-titled album on Friday (July 9), which is produced entirely by Kenny Beats. During a conversation with Interview Magazine, he revealed the LP has been ready for around seven months.

“This has been done since December,” he explained. “It only took me eight sessions. But it’s just teamwork. If I’m like, ‘I want to release it on this day,’ and Corey’s [his manager] like, ‘No,’ and the label is like, ‘No,’ then we’re not doing it. I’m not the biggest artist, so they work really hard to make sure I have visibility. A lot goes into it.”

Speaking on his writing process, he said, “I’ve tried to change it, but I can’t sit down and write a song. I listen to the beat, and if I don’t have the song, I turn it off. And sometimes I have beats for months, or years. I had a beat from 2018 that I didn’t have any ideas for, but then one day I just turned it on, and I had the whole song in my head. But if it’s not like that, it’s not nothing at all. It’s really hard to explain.”