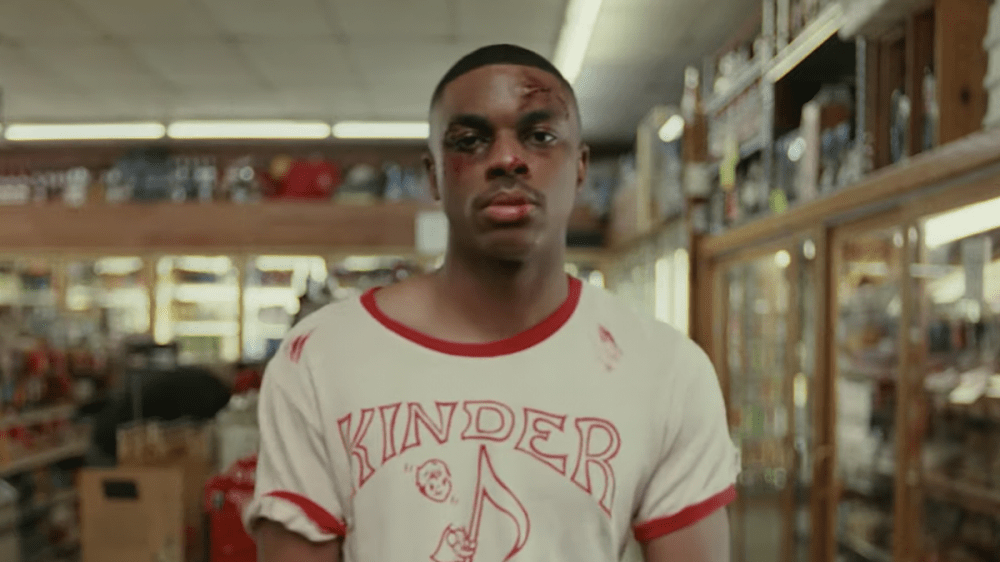 Vince Staples has a new album, but he’s just waiting for the label “to produce the paperwork” before he gives an official announcement.

The Long Beach rhymer returned on Monday (March 7) to unleash the visual to his Mustard-assisted “MAGIC” single — which he’s deeming to be more of a commercial than traditional video.

That’s not a video that’s a commercial yall can’t read.

The premise of the KENTEN-directed clip finds Vince Staples walking into a convenience store all battered and bruised with an icepack over his eye following a beatdown that took place hours prior at a house party.

A flashback to the party shows a happy Vince pulling up and grabbing a drink before things go awry during an argument and he’s eventually jumped by a few people in white t-shirts and kicked out of the event.

While the video is to be continued, the 28-year-old is clearly proud of his acting performance in the visual and dubbed himself “the new Denzel [Washington].”

Vince Staples unleashed his self-titled fourth studio album in July 2021, which was produced entirely by Kenny Beats. The project peaked at No. 21 on the Billboard 200.

Look for Vince’s fifth LP titled Ramona Park Broke My Heart to arrive later this year. For now, check out the “MAGIC” video above.