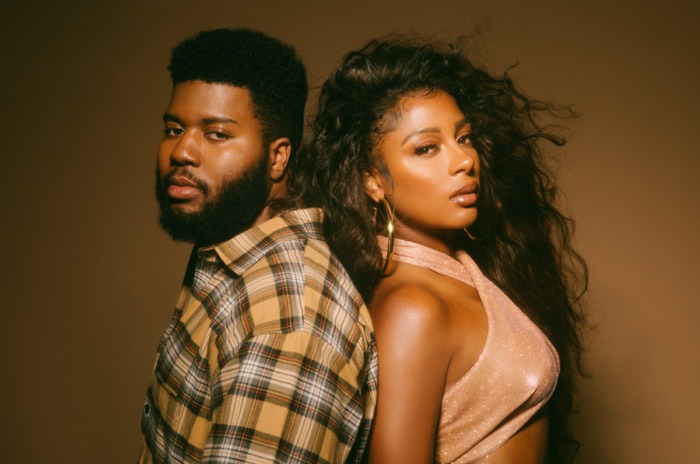 Victoria Monét and Khalid spread some sunshine amid dark times on their new collaboration “Experience.”

The disco-infused bop, produced by SG Lewis, arrives just in time for summer and finds Victoria effortlessly gliding over a pulsating groove. “I’m all out of love / You gave it away / I’m hoping that experience could get you to change,” she sings before Khalid joins her midway, adding his smooth touch over horns.

Victoria and Khalid debated whether to release the song at this time. “To be honest, we’ve gone back and forth about releasing this song because of the disgusting and confusing state of the world,” they said in a statement. “After a lot of thinking and feeling, we decided to continue with the plan to put it out, so we want to give some context on why. We’ve always used music as a form of escapism from troubling things. This song, though deep in subject matter, sonically simply feels joyful and celebratory. It’s important to us to highlight and celebrate Black joy and love in the middle of so much pain and trauma.”

The track arrives during Black Music Month and Pride Month. “I feel my queer identity is another important celebration for me,” added Victoria. “The LGBTQ+ community and the Black community (especially those of us who are part of both) have always struggled to be seen in our own ways. The struggles between the two are not the same, but they share the inspiring persistence in the relentless pursuit to be heard and seen, especially in difficult times like these.”

Victoria’s BFF Ariana Grande praised the song, tweeting, “i love u and this song so much #experience out now !!!! a huge congratulations to my bestie forever @VictoriaMonet.”

“Experience” is the fourth release off Victoria’s upcoming album Jaguar, which arrives July 31. The project has previously spawned the singles “Moment,” “Ass Like That,” and “Dive.”

i love u and this song so much #experience out now !!!! a huge congratulations to my bestie forever @VictoriaMonet https://t.co/4rUOPfZ7eS