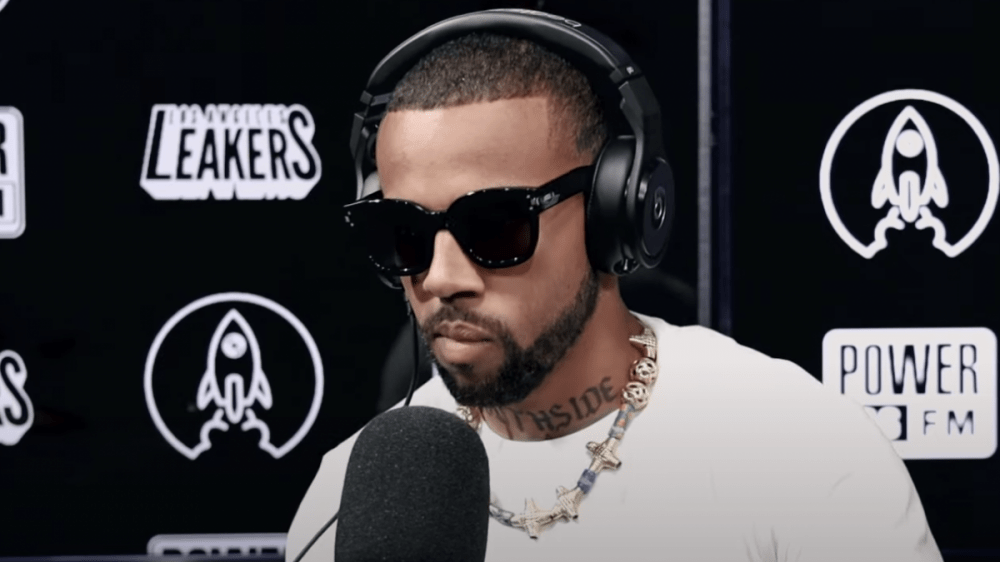 Los Angeles, CA – Vic Mensa brought a WMD in the form of his fiery rhymes when making his return to the L.A. Leakers on Wednesday (June 30). The appearance mark’s Mensa’s first time at Power 106 since late 2018. The Chicago native put his full repertoire on display when rapping over DJ Premier’s “Nas Is Like” beat for more than 10 minutes straight.

“Your shooters only on Call of Duty, I’m from a real warzone/You get blown with no chance to respond/Fuck y’all on? N-ggas sayin’ they gon’ have me murked/I could merch it ain’t gon’ happen like a DJ Khaled verse,” he raps about one minute in.

Mensa touches on launching his own weed strain, hanging with JAY-Z at the rap legend’s Malibu home, acting in the future, the Israel-Palestine conflict, women in his life and much more.

The 28-year-old has appeared on the L.A. Leakers five times before and impressed Power 106 co-hosts Justin Credible and DJ Sourmilk to the point Credible said this freestyle has to be in his Top 5 ever from the show’s history.

Vic Mensa is still releasing music at a steady pace. The Roc Nation Records signee unleashed his seven-track I Tape EP in March with features from Jeremih, Chance The Rapper, Wyclef Jean, Zacari and more.