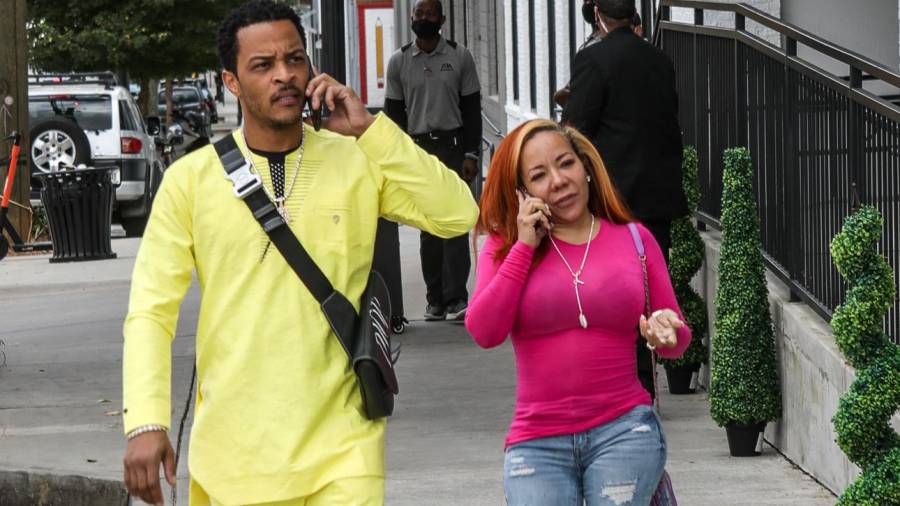 VH1 has reportedly pulled the plug on the T.I. & Tiny: Friends & Family Hustle reality show — at least temporarily. According to Deadline, MTV Entertainment has decided to halt production while the media company gathers more information on the recent sexual abuse allegations, which includes trafficking, drugging and coercing women.

“We are aware of the allegations, and while they are not connected to our show, we have reached out to T.I. and Tameka Harris, as well as local and state officials,” an MTV Entertainment spokesperson said in a statement. “Given the serious nature of the allegations, we have decided to suspend production in order to gather more information.”

The move comes only three weeks after the popular series was renewed for a fourth season and just over a week after Tiny’s ex-friend Sabrina Peterson opened the floodgates. In an Instagram post dated January 25, Peterson claimed Tip once held a gun to her head but later admitted the incident happened while she was assaulting Tip’s former female assistant.

Following Peterson’s bombshell, several other women started coming out of the woodwork, accusing Tip and Tiny of various forms of sexual assault. In a statement to HipHopDX, the Harrises vehemently denied the allegations.

“Mr. and Mrs. Harris want to be on record and more importantly want the public to know they emphatically deny in the strongest way possible the egregiously appalling allegations being made against them by Sabrina Peterson,” a spokesperson said to DX. “The Harrises have had difficulty with this woman for well over a decade. They are taking this matter very seriously, and if these allegations don’t end, they will take appropriate legal action.”

Peterson, who once served time in prison for reportedly “slicing and dicing” a friend of hers, currently has six restraining orders against her for stalking out of both DeKalb and Fulton County, Georgia — all from different people.

Meanwhile, at least one person has admitted their story was completely fabricated. An Instagram post shared by @theindustryonblast showed alleged screenshots of someone saying, “Lmaoooo I made it sound so real. Her dumb ass. Like Imagine how many other people are actually doing this. Just hopping on the bandwagon trying to make them look bad. Like I did that just to prove a a point and it worked. She just posting any random ass message she get lol desperate af.”

While Peterson’s credibility had certainly been called into question, it hasn’t stopped high-profile attorney Lisa Bloom from stepping up to represent one of the alleged victims. On January 29, Bloom shared a few of the allegations on her Twitter account with the caption, “Good Lord. So many accusers.” She followed up on Wednesday (February 3) with, “And now I represent one of them.”

And now I represent one of them.

While it’s unclear exactly what the Harrises are plotting in terms of legal action, the couple has made it clear they will fight the allegations.