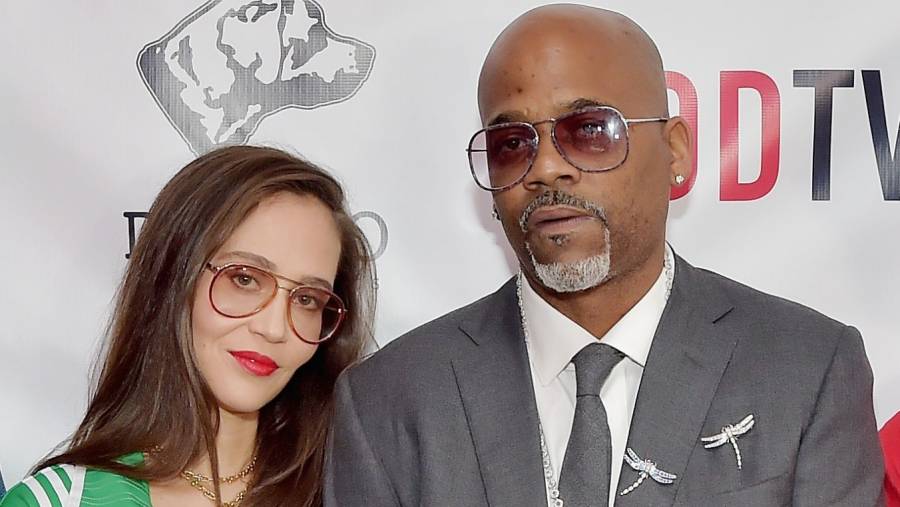 Roc-A-Fella co-founder Dame Dash has proposed to the mother of his newborn son. On Tuesday (February 9), the longtime music executive shared an Instagram photo of the moment he got down on one knee and asked now-fiancée Raquel Horn to marry him.

He wrote in the caption, “@raquelmhorn it’s official I love you forever.”

Dash and Horn welcomed their son in November 2020 with the 49-year-old announcing on Instagram, “We did it! @raquelmhorn what you did last night was incredible your a warrior a fine warrior ..I love you and the life you created for us … thank you.”

The couple began dating in 2015 and Dash told HipHollywood in 2019 he hasn’t been this happy since he was dating the late R&B icon Aaliyah.

“That was love,” he reportedly said. “And when she passed, I never thought I would ever get that feeling again. I got that feeling again with Raquel. It’s funny. I would be talking to Raquel and her record would come on. It would always be like validation. I could be talking to Raquel and all of a sudden her record would come on. You can’t not notice that stuff. It’s like she’s always with us and she’s always embraced that.”

Dash has four other children — two from his marriage to designer Rachel Roy, one from a previous relationship with Linda Williams and another with ex Cindy Morales.

Dash announced he was launching Dame Dash Studios in 2019 but according to the company’s Instagram page, the studio is relaunching on Thursday (February 11). Subscriptions for those who previously signed up for the multi-media service will be honored moving forward.

A November 2020 Instagram post reads, “DameDashStudios.com is going through renovations for a relaunch. January 1. Your subscription will be honored. We apologize for any confusion this may have caused.”

Dash has been heavily promoting the studio’s relaunch on social media over the last couple of months. On Wednesday (February 10), he shared another Instagram post hyping the relaunch, writing in the caption, “We are all stronger TOGETHER. ONE MORE DAY UNTIL @damedashstudios returns.”

Dame Dash Studios is a platform for delivering the best in TV and film content for the millennial generation anywhere. A subscription allows members access to unlimited content for one low price. Find more information here.