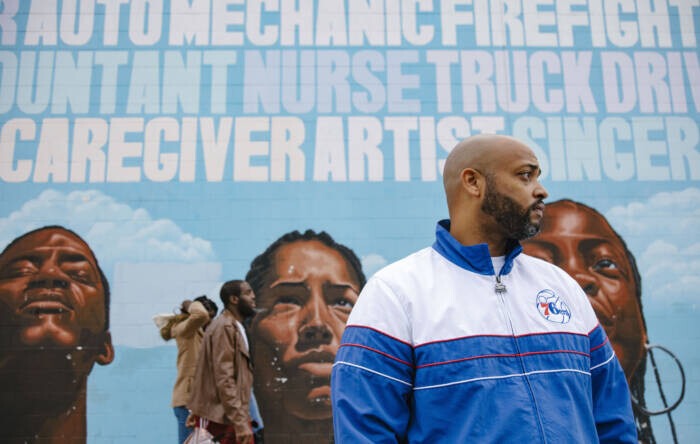 “This is a song about home and grace.  I filmed part of the video at my grandmother’s house in Baltimore which has always been home to me in the larger sense, because it’s always been that stable, familiar place. This was the first song we recorded during our first studio session for the record (shout out to the only engineer I trust with my mixes: Scott Stallone) at Found Sound Studios. The energy was high and joyous.  This was mid-2021, when we thought the pandemic was coming to an end. We were wrong.” – Verb Tec

Tec’s conscious raps and sharp lyricism are reflective of his identity as a Black man, loving father, husband, and former school teacher– all of which come to a head on No Struggle No Progress. Heavily inspired by Curtis Mayfield‘s self-titled debut album, No Struggle No Progress tells Tec’s personal story of struggle and triumph through his “undying quest for freedom and justice” over soulful Jazz and R&B-inflected Hip-Hop stylings of the ’90s and early aughts. The project made Bandcamp’s best Hip-Hop of the month.

Stream/purchase No Struggle No Progress here.