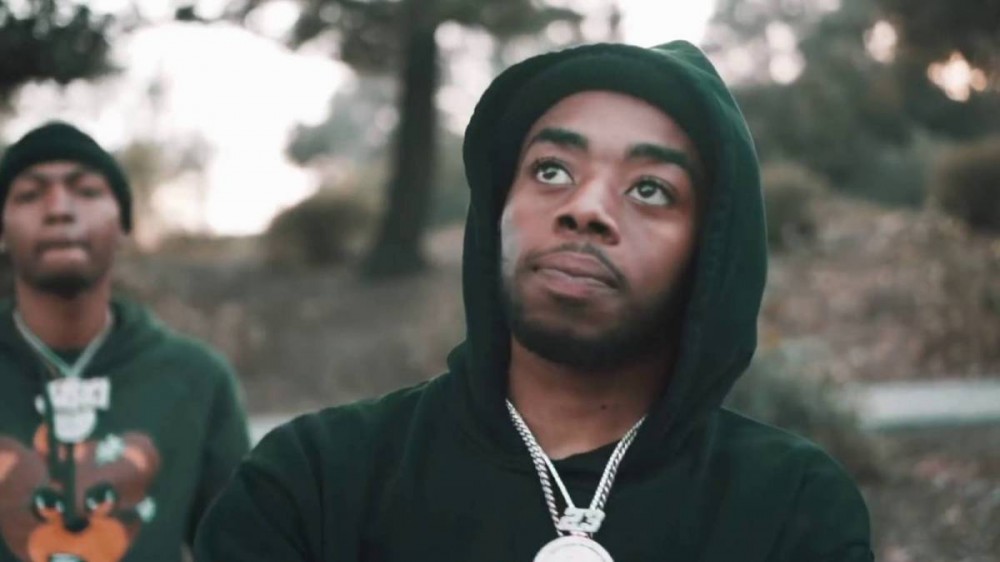 Oakland, CA – One person is dead and another gravely wounded following a shootout at an Oakland gas station on Thursday afternoon (October 21).

According to ABC7, retired Oakland Police Captain Ersie Joyner was shot six times as three men attempted to rob him as he pumped gas. Joyner fought back and wound up shooting and killing one of the suspects, who was later identified as SOB x RBE affiliate Lil Theze.

Former FBI Investigator Rick Smith notes it will more than likely be ruled self-defense, explaining, “I think he was entirely justified in shooting the suspects. He felt his life was in jeopardy.” Disturbing video of the incident has Oakland residents on high alert.

“I just think the situation in Oakland is horrible and getting worse everyday and that’s a video example of how bad it is,” he added. “There is an increased rate of fear and terror and lack of peace.”

After a struggle, shots are exchanged. Joyner fatally hits one man, then he is shot multiple times. pic.twitter.com/UMtqj6I0rv

Reports state Lil Theze was pronounced dead at the scene, while Joyner was rushed to Highland Hospital where he’s currently “fighting for his life” but in stable condition. In a cruel twist of fate, Joyner had led the police department’s Ceasefire anti-violence initiative from 2013 until his retirement as a captain in 2019, working to contact residents vulnerable to crime and violence and provide services.

Hours after the shooting, Oakland police Chief LeRonne Armstrong held a press conference outside of the hospital and described the wounded victim as a retired former police officer “lawfully able to carry a firearm” who was in stable but serious condition after the shooting.

Armstrong confirmed the attempted robbery victim was pumping gas at the station when “he was approached by several individuals that began to rob him of his belongings. Investigators are seeking a black four-door sedan that was seen leaving the scene.

Lil Theze teamed up with fellow rapper Daboii for the “Hashtag” video in May. Watch it below.