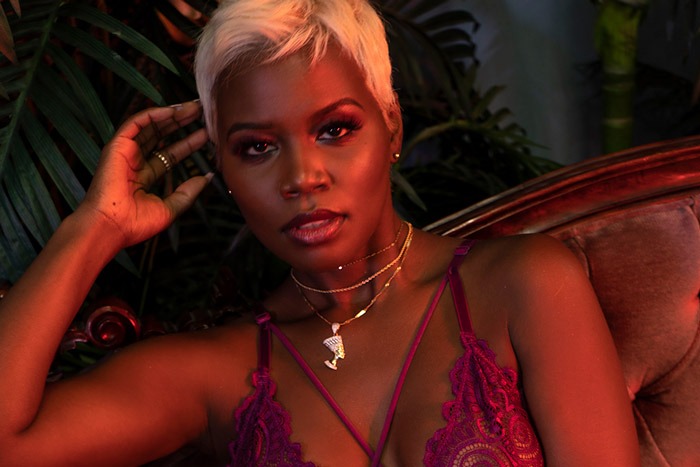 V Bozeman turns up the heat in the seductive video for her “Juicy (Remix)” featuring Trina and Too $hort.

While in lockdown, the trio captures the song’s sultry vibe through their phones in the risqué clip, which opens with Trina in lacy black lingerie while flaunting her “figure-eight frame.” “No panties or a bra / In your bed, butt naked,” raps the Baddest Bitch as she FaceTimes with V.

Too $hort brings his legendary Oakland flavor while V oozes sex appeal, twerking on her couch in lingerie. “Don’t get mad if I don’t call you back / I can’t help it that I’m such a snack,” sings the Grammy-nominated songstress.

“Juicy” pulls from Mtume’s 1983 song “Juicy Fruit,” which Biggie famously sampled on his ’90s classic. “I wanted the feeling I’ve gotten from music legends throughout my career on the track and I knew I couldn’t go wrong selecting two OGs like Trina and Too $hort,” said V. “It was a no brainer for me. I’m still in awe that they decided to join me on this. Mtume’s ‘Juicy’ has always and still is for the culture.”

“Juicy” and its remix set the stage for V’s upcoming debut album, due in early 2021 via Artistry Records.