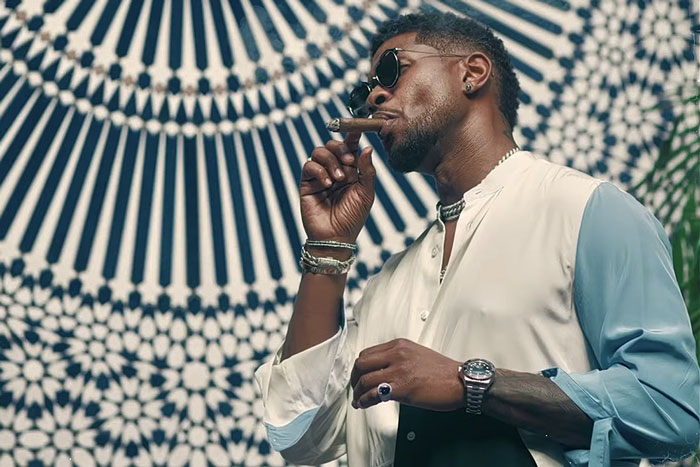 Usher is keeping the feel-good vibes coming during trying times.

The R&B superstar has shared a teaser of his video for “Don’t Waste My Time,” his collaboration with Ella Mai. The brief 10-second clip finds Usher checking himself out in the mirror at his Moroccan-inspired mansion while his butler looks on. After accessing his drip, a dapper Usher lights up a cigar.

Usher debuted the Jermaine Dupri-produced track back in December. He has been in the studio working on a new album, his first since 2016’s Hard II Love, which will reportedly feature a reunion with his “Yeah!” collaborators Lil Jon and Ludacris. Last month, he debuted “Confessions Part III,” the third installment in his “Confessions” series.

The full “Don’t Waste My Time” video is set to debut Wednesday at 10 a.m. EST. Get a sneak peek below.

Meanwhile, Ella Mai has been passing her time in quarantine by teaching herself to play piano. But it’s a little harder than she thought. Watch her document the process below.

reminding myself that patience is a virtue&learning is fundamental so this is what my day today will be. happy quarantining peeps 😊 be safe! pic.twitter.com/02qNyN6NBh