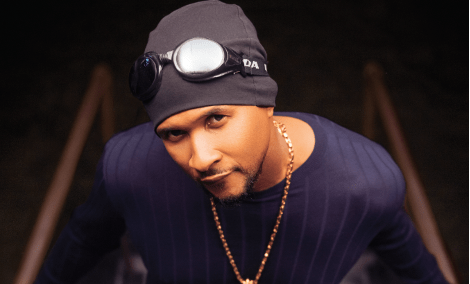 On September 16, 2022, LaFace Records and Legacy Recordings, the catalog division of Sony Music Entertainment (SME), will commemorate the 25th anniversary of Usher’s iconic album, My Way. This celebration will include an expanded edition of the original album, freshly reimagined versions of three of the album’s tracks, a mini-documentary, and more.

Usher and Carr worked together to reinvent the songs, and this inspired his Tiny Desk performance, which has amassed over 11 million views in just two months and inspired a meme that lives on in all media.

LaFace Records released Usher’s My Way on September 16, 1997, has earned triple platinum for the singles “You Make Me Wanna” and “Nice & Slow” and has been certified seven times platinum by the RIAA. The album cemented its place in musical history in 1997 by ranking eleventh on US Billboard’s Top 200 Albums of the Year chart.

Early in 2023, Vinyl Me Please will offer the 25th-anniversary deluxe version of My Way on 2LP 180g Silver Cloudy Vinyl. A lyric and photo booklet is included in the package, along with three reworked songs and new album art that respects the original cover from 1997.

Usher sat down with Sony Music Entertainment to talk about the history of his seductive and excellent sophomore album in honor of My Way’s 25th anniversary and the release of the revamped songs. Usher’s Grammy-nominated album My Way is the subject of the documentary Usher: 25 Years My Way, which explores the discography’s beginnings, the album’s wider cultural influence, and the creative processes that led to fresh interpretations of “You Make Me Wanna…”, “Nice & Slow,” and “My Way.”

Intimate interviews with Usher, Jermaine Dupri, and Ryan James Carr are included in the mini-documentary, along with a film of the “making of” the new renditions and never-before-seen archival footage of Usher from the time of the album.

On September 16, 2022, the Mini-Documentary will make its YouTube channel-exclusive debut. It was directed by the talented Dolapo Sangokoya, Senior Creative, Content, SME/Legacy, and executive produced by Ash Peters, Senior Producer, Content, SME/Legacy.