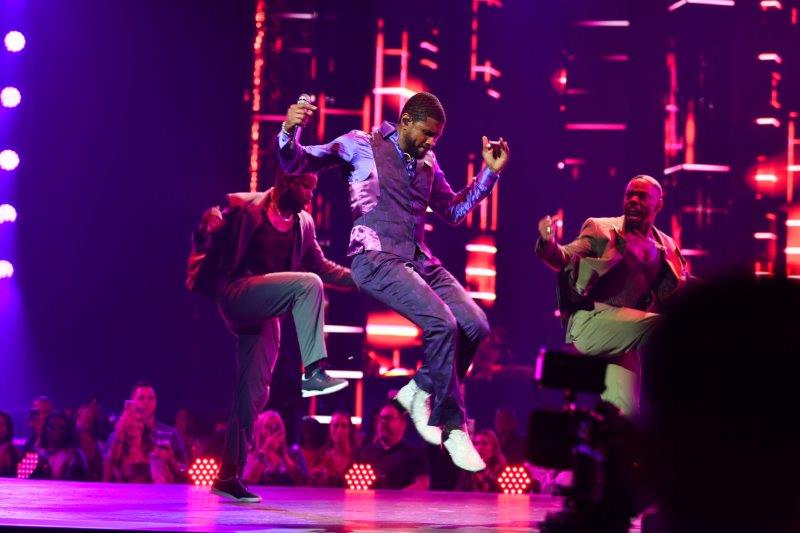 Usher said to leave his name out of the Verzuz talk. While speaking on the PEOPLE Every Day podcast, Usher revealed that VERZUZ is not for him.

“I think if you ever came to my show, you would understand that I don’t even think a Verzuz could handle all of the songs that I have to be honest,” Usher said while discussing his Las Vegas residency. “It’s like, I could do it by myself. But I don’t wanna do that. That’s not the purpose of Verzuz, me versus me.”

Usher wants fans to know that he is a fan of the product, despite it not being for him. “I think it’s great. It’s great to celebrate music. But the appreciation of it starts with understanding what it is and how long has it taken to do this legacy. And if you choose to compare it, what are you comparing to? Are you comparing it to itself?”

Usher revealed that he is of a “different cloth” and “I don’t think anybody in the world would want smoke with them songs.”

Usher’s run of residency dates in Las Vegas has been extended to 2023. According to Billboard, Usher: My Way the Vegas Residency will be around until next spring.

Usher’s current residency is at the Dolby Live at Park MGM and opened on July 15. A new 25 dates have been added to the show schedule, set to begin on March 3 and end on July 15, 2023.

The current dates of the residency are all sold out in the 5,200-seat venue. The new show dates will be on sale this Friday at 10 a.m., with a fan pre-sale set to launch this Wednesday at 10 a.m. PT.

Usher’s residency at Park MGM opened in July with two sold-out shows. The eight-time GRAMMY winner hit the stage at Dolby Live and Park MGM and will do shows through October.

The show, specially created for the sizable Dolby Live stage and presented in collaboration with Live Nation and MGM Resorts International, provides audiences with an extraordinary immersive experience through extravagant costumes and cutting-edge lighting, video, and special effects technology. A 20-year collection of smash singles from the multi-talented showman, including “Yeah,” “U Remind Me,” “My Boo,” “Love In This Club,” “OMG,” and “You Make Me Wanna,” fill the exclusive, only-in-Vegas extravaganza. Every visitor receives an up-close-and-personal encounter with the superstar in the new show, which incorporates audience participation and production across the 5,200-seat entertainment arena.

You can see images from the opening night below, and grab your tickets here.