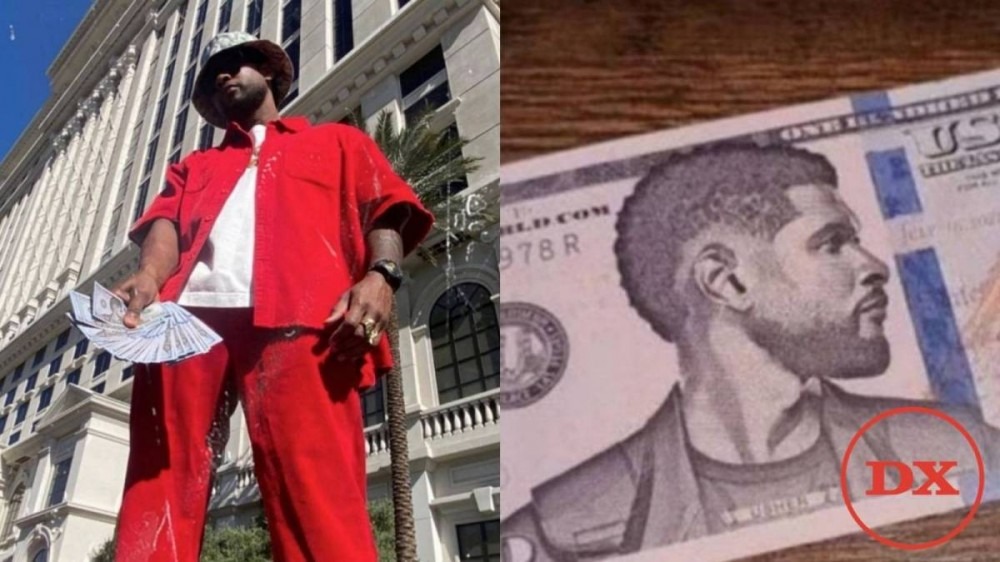 Las Vegas, NV – Usher may be providing himself with another golden opportunity to make it rain with his signature “Usher Bucks” in Sin City with the announcement of new dates scheduled for his Las Vegas Residency.

In an Instagram post on Friday (April 23) the multi-platinum singer announced the presale of six new dates in the month of August for his Las Vegas residency show at The Colosseum at Caesars, which begins on July 16.

“By popular demand, I’ve added 6 NEW SHOWS in August for my Vegas residency at @caesarspalace Colosseum! Tickets go on sale Thursday, April 29 @10am PT, but if you text me at (404) 737-1821 I’ll hit you with an early access code to the fan presale tomorrow. For all dates and tickets head to the link in my bio,” Usher wrote in the post caption.

In an interview with Billboard on Friday (April 23), Usher revealed his excitement to return to the stage after the ongoing pandemic put a year-long pause on his plans to perform a curated selection of his discography at the twelve original dates scheduled for the production in the city he calls a “Home away from home.”

“We’re getting ready to do something that I’ve always wanted to do and I didn’t know that it would happen at this juncture of my life,” Usher told Billboard. “This is really a celebration because we’re coming from a year of being off.”

Though the Atlanta native remained tight-lipped regarding specifics of the show, he did confirm his intent to perform all of his greatest hits.

More importantly, Usher also set the record straight regarding his infamous strip club “Usher Bucks” incident and explained how the entire stunt was literally just a promotional move while also alluding to the possibilities of even more money-mined merchandising.

“The idea behind Usher Bucks was really as a way of promoting the residency,” Usher began. “And since then, there has been more conversations, thus proving roads lead to Las Vegas. Stay tuned. We’ve been working on the merchandise for the night and that was the start of it.”

It would appear the Confession singer’s marketing team struck gold with the “Usher Bucks” club flex idea because it has become a recurring joke with fans and rappers alike on the Internet ever since the rumors broke earlier this month.

21 Savage even snatched up a fistful of the cash snatched branded with the R&B legend’s face for a money-spreading photo-op on his person IG — which seemingly inspired an overly dedicated YoungBoy Never Broke Again fan to design his own “Top Bucks” in honor of the incarcerated Louisiana rapper.

Contrary to reports that allege Usher actually paid strippers with his “Usher Bucks,” a representative with the Sapphire club, where the novelty cash was being thrown, confirmed Usher was a big-tipper and spent thousands of dollars on bottle service and women dancing at the club that fateful night.