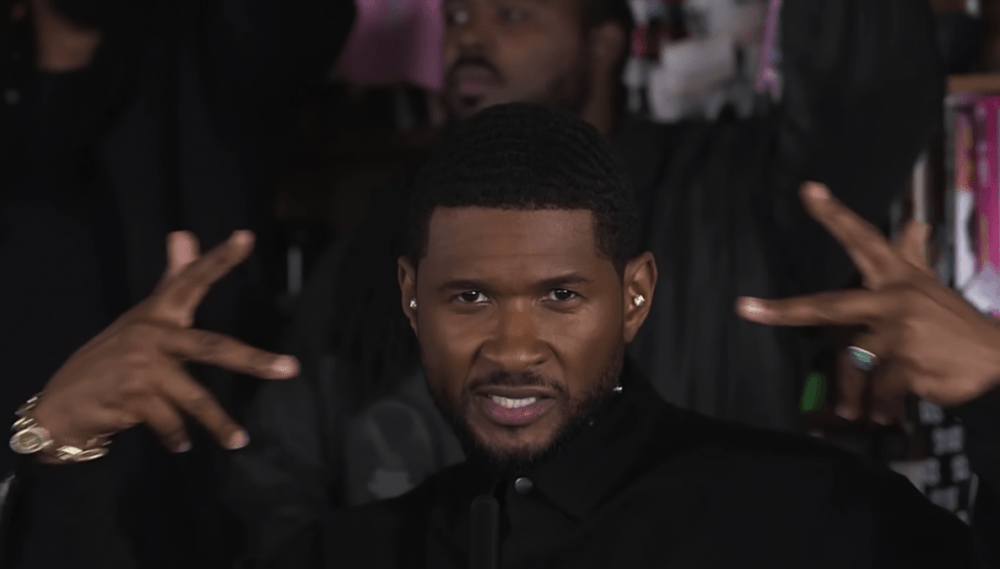 Usher has finally spoken out about the viral moment from his Tiny Desk concert that dominated the internet this summer.

“I was blown away, I was shocked,” Usher said to Twitter Music of his viral success. “I think I was in Los Angeles somewhere and they were like, ‘Yo you know you going viral?’ I’m like, ‘It’s good right?”…then I looked on and I saw a few people do it. Then I saw more people doing what I had done and it just kept going and kept going and I was like wow this is amazing. This is something special.”

When asked where the inspiration came from to strike such a pose during his “Superstar” performance, Usher simply said he didn’t know.

“I don’t know where the inspiration sometimes comes from,” the “OMG” crooner said. “It could have been anything. It could have been Prince. Somebody had speculated that Prince had done something like this before. I don’t know, but I do know that I felt like that was the right thing to do in that moment that would just kinda like give people a good time. It just happened, I didn’t plan it. It just happened.”

Had the honor of being @TwitterMusic very first guest of Behind the Meme…. #WatchThis pic.twitter.com/CYSWniJR1u

He went on to say that his favorite part of the “Watch This” phenomenon was that it wasn’t about music, and was instead just a moment in time that people connected with and made them feel good.

Regardless, Usher’s Tiny Desk concert has revitalized the public’s interest in the R&B singer, with fellow crooner YK Osiris going so far as to proclaim that Usher is the “King of R&B.”

Usher was informed of the compliment on Thursday (August 25) while a guest on Bevy Smith’s show Bevelations, and ultimately agreed with the sentiment.

Usher is currently in the midst of his Las Vegas residency run, which Billboard reported has extended through Spring 2023. Usher’s current residency started on July 15 at the Dolby Live at Park MGM, and 25 new dates have since been added to the schedule, which starts on March 3 and ends July 15, 2023. Tickets are available here.

Revisit the Usher Tiny Desk performance below, with the singer’s signature move popping off at the 17-minute mark.