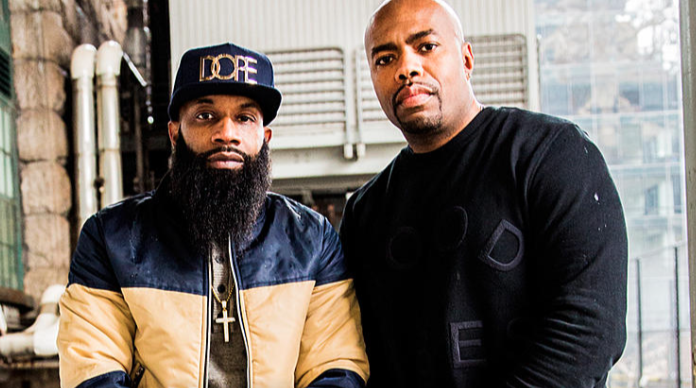 The Ultimate Rap League (URL) announces its highly-anticipated Summer Madness 12 (SM12) card, bringing together some of the biggest names in battle rap to go head-to-head in this one-night-only event. The sold out event will take place on Saturday, September 24, 2022, at 3 p.m. EDT / 12 p.m. PDT from the World Night Club in Charlotte, NC and will be broadcasted live on URL’s Caffeine channel. Battles from the event will start to stream exclusively on The Ultimate Rap League’s App soon after their debut.

For over a decade, the Summer Madness series has been the most anticipated card of the year for battle rap fans, pairing artists who have consistently wrecked stages over the last year, and defining themselves as the most requested emcees on the league’s roster.  This year, social broadcasting platform, Caffeine, will bring each battle to audiences around the globe, as fans can tune-in and interact throughout the event.

The featured battles on SM12 are Tsu Surf vs. JC, Tay Roc vs. Swamp, Easy the Block Captain vs. Calicoe, Chess vs. Shotgun Suge, and Danny Myers vs. Fonz.

This year’s event has been heralded as the “Gun Show,” as one of battle rap’s most dangerous crew, Gun Titles, is headlining, further solidifying the URL as the world’s most respected MC battle arena.

Tsu Surf, who has arguably not lost one round in a battle for at least three years, and Tay Roc, the undisputed “Face of URL,” lead the collective of heat-spitters on this night of battles. Chess and Easy the Block Captain, two emcees who had the showing of the night at last year’s SM11, are sure to bring their grit, street talk, and performance to the event, further leaning into the mystique usually associated with the card.

“This year, Summer Madness 12 sold out before we announced the third battle. This affirms one thing, the URL has a level of favor with our fans, where they can trust we will deliver a fire card,” owner and founder, Troy “Smack White” Mitchell stated.

Adding, “And from the feedback we have been getting from our valued supporters, we not only completed the objective, bringing to the culture an amazing event, but we saluted some of the culture’s hardest working emcees like Calicoe (who arguably had the greatest battle in history and also a war waged a Summer Madness stage), Shotgun Suge (who is a contender for battler of the year with a flawless 2022 record), JC (our Ultimate Madness 5 winner), Swamp and Fonz (two of the most formidable emcees on our roster).”

Smack concluded, “The Gun Titles are electrifying, but if they are to dominate these top-notch competitors and fan favorites, they got to come correct. It is going to be a blood bath up there!”

Like every marquee event over the last 12 years, SM12 promises to build on that tradition with our streaming partner.

Follow the URL channel on Caffeine for the latest: https://www.caffeine.tv/URLTV